"Black Conservative" Tara Setmayer Says Trump Is "Asinine" Over Civil War Comments. And We Care Why?

A black conservative I had never heard of until today, because I don't watch cable news, says President Trump was "asinine" for claiming President Andrew Jackson could have prevented the War of Northern Aggression. 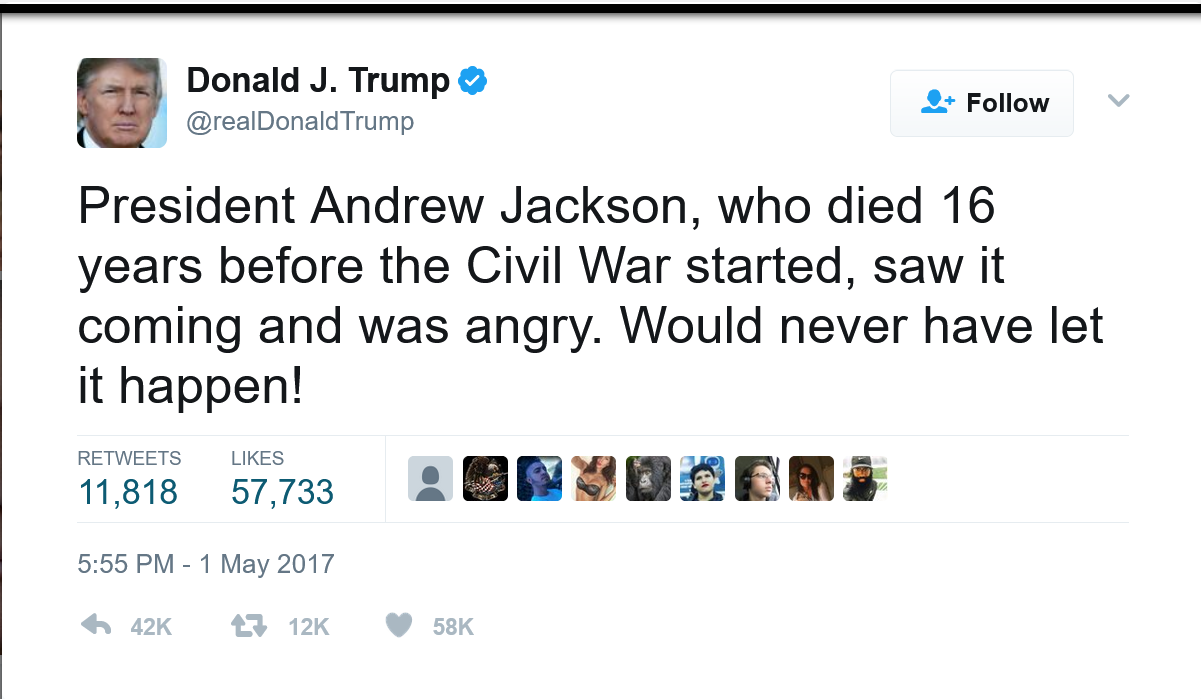 The Leftist media "fact-checked" Trump and found him wrong, and Tara Setmayer agrees. "What the president said was stupid," said she.

Of course, "fact-checking" Trump's point is impossible because his comment was speculative; i.e., about something an historical figure might have done, not something he did do or said he would do. Of course, historians will disagree about what, if anything, Jackson might have done had he been in a position to do what Trump says.

Maybe Trump is totally off base. Maybe not.

But the real question is this: What is Setmayer's expertise to declare Trump wrong? Being one of The Hill's 50 Most Beautiful for a year is not a credential, nor is her long list of television credits, despite what this "African-American conservative" might think. Or worse, what fawning white conservatives have been telling her since her rise to stardom.

I can't get a fix on any academic credentials other than her attending George Washington University, so I don't know where she gets off claiming that Trump is "asinine" and his remarks "stupid."

I would bet that 30 minutes of Setmayer's clips would reveal some pretty stupid things, and certainly nothing more profound — and likely a lot less — than something you might hear from my two favorite black chicks, Diamond and Silk. And they're more entertaining!

The same holds true, by the way, for the rest of the professional commentariat. Few members have any more expertise to justify condemning Trump's remarks than he has to justify making them.

And last, given that Setmayer made the 50 Most Beautiful List, what was once considered beautiful in River City has certainly declined. Of course, the people making the list also thought Michelle Obama was among the 50 in 2015.

I wonder who would have gotten fired for not including the former FLOTUS?