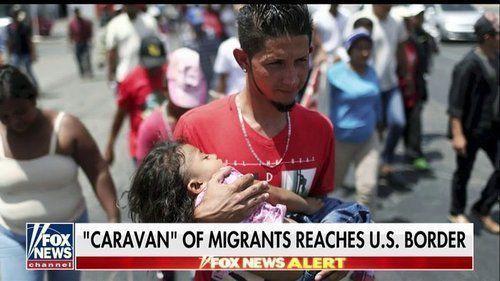 Caravan "Migrants" Are Filled with Sense of Entitlement

The caravan of Central American illegal aliens has arrived at the border after careful training by immigration lawyers to say the correct words to mooch asylum from US authorities.

Judging from one interview, the bunch is filled with a sense of entitlement — life is bad in Honduras so they deserve a rescue by the United States, doubtless another idea transferred from the immigration lawyers.

Below, Carlos Jose Diaz is a Honduran caravanster who believes his suffering makes him eligible to live in the United States. 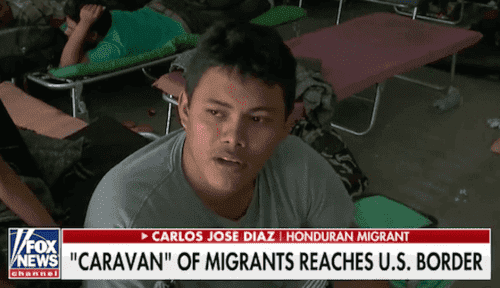 HONDURAN CARLOS JOSE DIAZ: “Trump is not a god, and he doesn’t know how much we have suffered, how the people of Honduras suffer, have endured so much crime.”

Carlos looks like a healthy young man. In earlier times he might have joined up with a revolutionary outfit to fight for his country. In Nicaragua, the Sandinistas fought and won against an oppressive government — they were commies, but at least they believed in something beyond stealing American jobs and welfare benefits.

Nowadays, immigration of various legalities is the solution to a host of troubles.

Job doesn’t pay enough in India or Pakistan? Just relocate to the first world, even though working for less drives down wages for local workers, but hey, the immigrants are better off.

Got a crime problem in your country? Just leave, and hope the gangsters don’t follow — as they often do. Obama’s generosity of inviting Central Americans to enter by the tens of thousands also brought a huge infestation of MS-13 gangsters who have proceeded to rape and murder.

On a planet of well over 7 billion people, whole countries can’t be abandoned; they need to be fixed by their citizens. And America cannot be the world’s flophouse.

Here’s the video report about the caravan pests, where Carlos pops up at around 1:16.