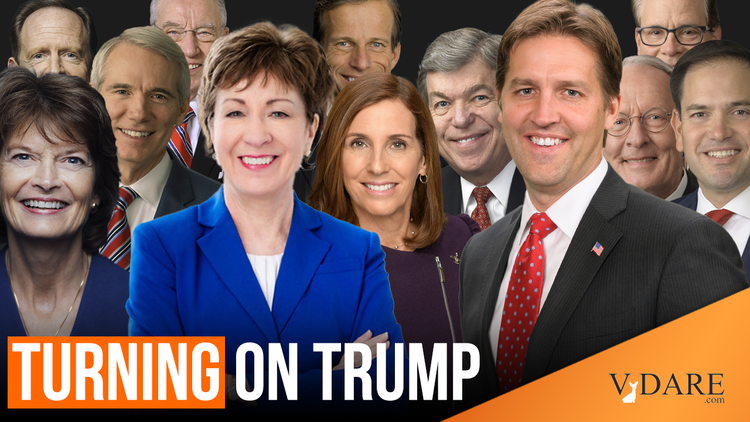 Earlier: A Reader Asks About Watergate Reporter Carl Bernstein, Who Was Brought Up Communist

Carl Bernstein released a list of 21 GOP Senators who have privately expressed their disdain for President Trump. Many of these names are unsurprising, but others certainly are. These are not the only vile, contemptible demons who paraded themselves around during their campaigns, leeching off of Donald Trump, pretending to be on board with the America First agenda while privately heaping scorn upon the people they claim to represent.

How many Republicans are really with the people who have placed their faith in them? Do we really believe that a Republican Senate will stand in the way of the totalitarian Left, when it is vacuous jokes like these who comprise the barrier? Of course not. 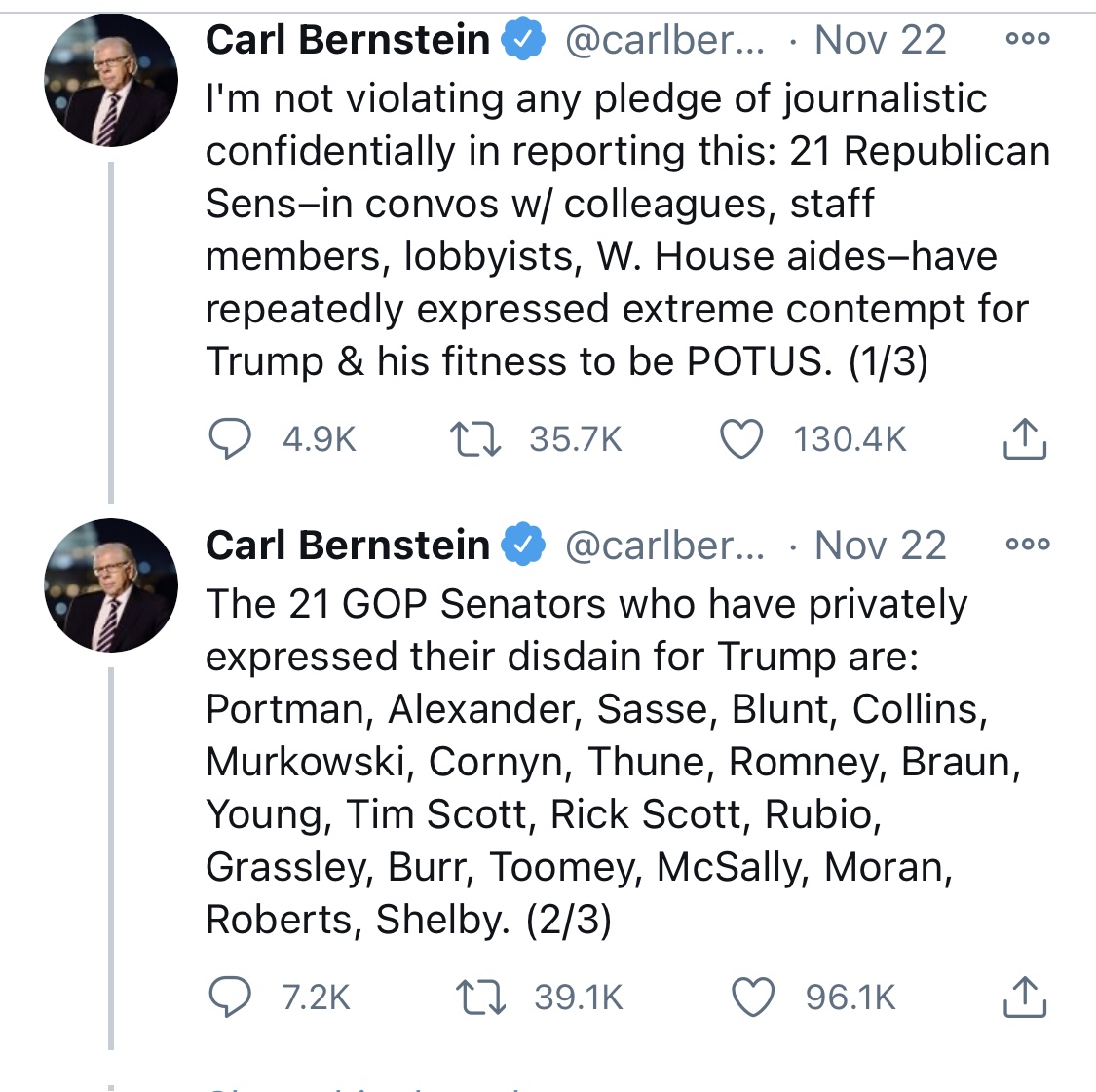 Without further ado, the 21 Senators who hate the people that elected them, the people whom they owe everything to: