Democratic Judge Rules Trespassing Is Legal In Texas...If The Trespassers Are Coming From Mexico

The saying about terrorism or an assassin is that the assassin only has to be lucky once, while the protection forces have to always be vigilant. The same applies to the open borders groups, who will shop around for the judge to give them the opinion they want. If they don't get it in one jurisdiction they will try again in a different jurisdiction.

Governor Abbott has been trying to clamp down on illegal immigration by arresting illegal aliens on trespassing charges. However, with this judge's ruling, illegal aliens can stomp all over a rancher's property with no fear of being stopped. If you or I tried that, we might very well be subject to arrest by local authorities. However, not the saintly invaders, but then, they are allowed to cross the border with Covid and neither you nor I can do that. We must respect our social betters. They are poor and therefore more worthy than us. 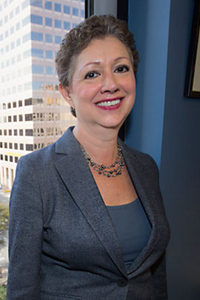 Democratic Judge Jan Soifer's theory is that by arresting trespassers who come on someone's property from Mexico, Texas is interfering in Federal business:

Travis County District Judge Jan Soifer ruled in favor of Curipoma at the end of the hearing, the DA’s Office said, and granted him dismissal of his charges for criminal trespass.

“After careful consideration, the Travis County District Attorney’s Office agreed that Mr. Guzman-Curipoma’s prosecution for criminal trespass as part of Operation Lone Star violates the Supremacy Clause of the United States Constitution and represents an impermissible attempt to intrude on federal immigration policy,” said Travis County District Attorney José Garza in a statement. “In addition, DA’s office concluded that based on the evidence, there were multiple ways in which the OLS program has failed to satisfy basic, fundamental, and procedural state and federal constitutional safeguards.”

I was just listening to CIS's latest "Parsing Immigration Policy" podcast. It was an interview of Representative Yvette Herrell from New Mexico. She was saying that illegal aliens coming through ranches in southern New Mexico have destroyed the drinking hoses the ranchers use to water their cattle. The cattle get spooked by the illegal aliens coming across and don't go to their watering troughs. The result has been cattle dying of dehydration out in the desert.

(I guess that's for the better. We all know cows contribute to global warming, but millions of illegal aliens do not. So fewer cows and more people is better for all humanity.)