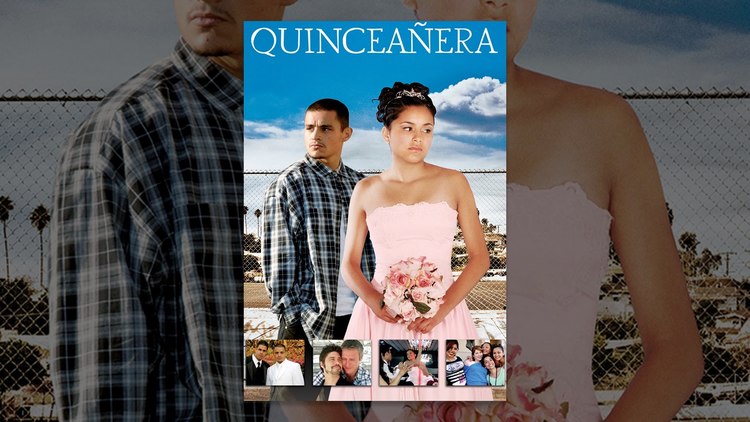 James Bowman's review of Quinceanera says that the film's message is that what Mexicans in America need to do is lower their moral standards, then they'll be just fine.

As Glatzer and Westmoreland see it, all that is needed by their picturesque and sympathetic Mexicans is a wholesome lesson in socially and sexually progressive values from Anglos like themselves. Once they have understood how old-fashioned and out-of-date their attitude towards sex are, then all their "judgmentalism" will simply dissolve in a warm bath of family feeling and togetherness.

He also points out the connections between the personal lives of the producers and their characters. (This is legitimate—Woody Allen has been making films for years about a man who likes to date teenagers, and it's always been pretty true to life.) And here's a hint of what "Jobs Americans won't do" may mean in Echo Park:

Uncle Tomás’s landlords in the mixed Los Angeles neighborhood of Echo Park are a gay Anglo couple, James (Jason L. Wood) and Gary (David W. Ross), with whom Carlos is soon involved in three-way sex. "James and Gary, they love their Latino boys," Carlos’s Hispanic predecessor in their bed tells him.

Here I think it is not entirely irrelevant to point out that the directors are, like James and Gary, a committed gay couple living in Echo Park and employed in the film industry (Mr Westmoreland is a former director of direct-to-video gay porn films), one of whom is considerably younger and British. They claim that the fact is merely coincidental, and it is true that James and Gary are not portrayed as being a very sympathetic pair. When one catches the other in a bi-lateral relationship with Carlos, they patch things up between them by having their lawyers send a notice of eviction to Uncle Tomás — which of course will also mean homelessness for Carlos and Magdalena. Surely Messrs Glatzer and Westmoreland would never do anything so despicable themselves. And yet they undoubtedly share the belief of the film’s gay couple — and, it appears to me, pretty much the entire gay community today — that sex is (or ought to be) merely recreational and to have nothing to do with morality except insofar as it involves personal loyalties.