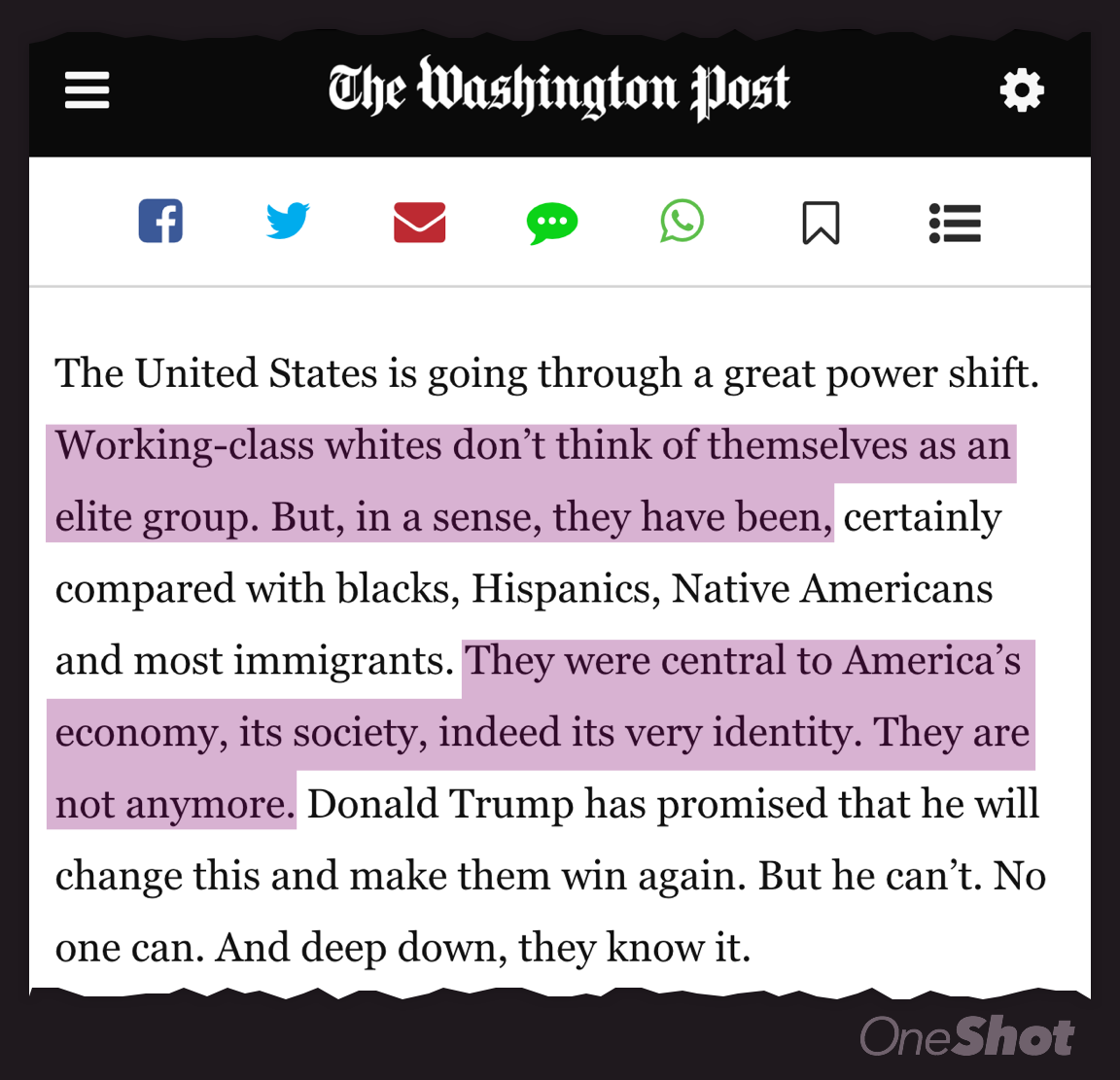 Fareed Zakaria: Working Class Whites WERE Central To America, But "Not Anymore"

Via Richard Spencer, this statement from Fareed Zakaria [Email him]:

John Nolte at Breitbart has more details on Zakaria's latest effusion in the Washington Post, which once again makes me wonder why people think we write hate-filled screeds:

Citing a study that shows Middle American whites are dying in increasing numbers, like a twisted and bitter eugenicist, serial-plagiarist Fareed Zakaria doesn’t even attempt to contain his glee. By painting those who are supposedly dying as useless, drug-addicted ragers, he paints a picture of a weak, angry, and ultimately stupid ethnic group getting what it deserves. If this were any other group, Zakaria would not be using the pages of the Washington Post for a victory dance. Instead, he would be launching an emotional blackmail campaign to cure this “epidemic” with hundreds of billions of federal dollars. Like most of the elite media, though, Zakaria despises Middle America, so he joyously assumes the study is accurate and bloodlessly screams “Told You So!” The headline says it all: “America’s Self-Destructive Whites,” and naturally the opening paragraph contains the words “Donald” and “Trump.”

Here's what you need to know about Zakaria, via Wikipedia:

Which is to say that he's here because of the Immigration Act of 1965, having attended Yale some time in the 80s, and never gone home. Thanks again, Ted Kennedy!