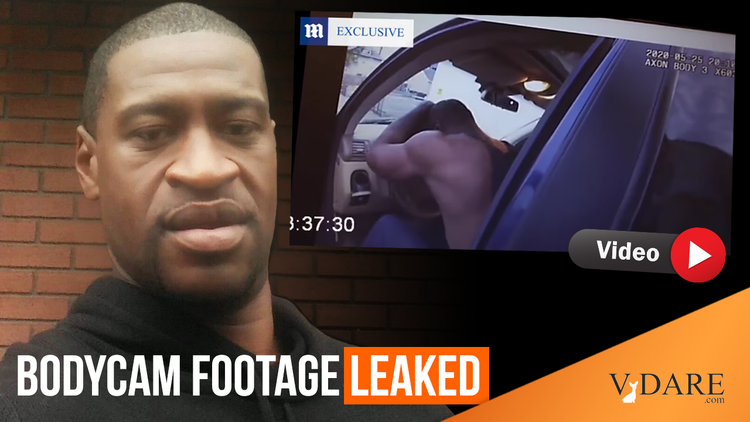 Earlier: Should Eric Holder be Indicted for Ferguson Cover-Up?

Here it is August and Keith Ellison’s Minnesota office was still keeping the bodycam footage from the cops bottled up. But now the Daily Mail has got their hands on some of it.

The amount of fentanyl in George Floyd’s system wasn’t enough to always kill him, but it was definitely in the range where it sometimes can cause users to stop breathing. A friend who was given fentanyl during an operation says that at one point he just stopped breathing. Fortunately, his anesthesiologist was monitoring closely, so he immediately turned down the dosage, and breathing started over again. But when you are taking it yourself like Floyd was, bad things can happen.

With our new George Floyd Memorial Principle that no black man should be arrested if he’s really not in the mood to be arrested because, you know, he might resist arrest and wind up dead, look for massive pushes by white liberals for population transfers of blacks from blue to red areas, all in the name of Fighting Segregation and Punishing Hateful Whites.

I can’t see how property values in blue urban areas can be maintained under this new regimen without clearing out poor blacks in the name of fighting racism. Look for more citations of Raj Chetty’s work as proving that blacks must be transferred from, say, Brooklyn to western Pennsylvania.