Trump supporters who voted by the millions in crucial swing states, including Ryan's own state of Wisconsin, wanted the Republican Congress to make good on Trump's campaign promises. They wanted to see better infrastructure, lower health-care prices, student loan reform, fair trade instead of free trade, merit-based immigration, and an end to the wars in the Middle East.

But Ryan delivered on none of this. Instead he passed a health-care bill that lobbyists crafted and Trump was lukewarm on. He fought to preserve a tax loophole for Wall Street that Trump "tried more than two dozen times" to get rid of. He also failed to pass any meaningful immigration reform. On the contrary, according to Rep. Jim Jordan (R-Ohio), Ryan refused to lobby for the Goodlatte immigration bill, which would have built a border wall, enacted E-Verify procedures, and offered DREAMERS a path to citizenship. It failed to pass the House after nearly 20 Ryan loyalists voted against it.

And throughout it all, Ryan governed like deficits didn't matter: The deficit has ballooned, and is projected to hit $1 trillion in the next year.

Ryan failed Republicans of all stripes, and his House tenure is ending on a disastrous note: Democrats saw their biggest gains in the House in a generation in the 2018 midterms. This isn't the first time running on Ryan's agenda has cost Republicans dearly: It happened in 2011 special elections after Ryan introduced his Medicare reforms, and of course, Romney lost the 2012 presidential election with Ryan as his running mate.

Good riddance, Ryan. The GOP is better off without you.[More]

Patrick Cleburne's commentary on Ryan was trenchant: this is just part of one page.

Ryan actually tried to prevent Trump's victory, even after Trump won the nomination. Pat Buchanan wrote in May, 2016: 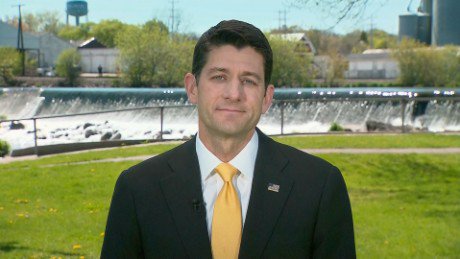 Forty-eight hours after Donald Trump wrapped up the Republican nomination with a smashing victory in the Indiana primary, House Speaker Paul Ryan announced that he could not yet support Trump.

In millennial teen-talk, Ryan told CNN's Jake Tapper, "I'm just not ready to do that at this point. I'm not there right now."...

What is Ryan up to?

The hubris here astonishes. A Republican establishment that has been beaten as badly as Carthage in the Third Punic War is now making demands on Scipio Africanus and the victorious Romans.

This is difficult to absorb.

Someone should instruct Paul Ryan that losers do not make demands. They make requests. They make pleas.

What makes Ryan's demands more astonishing is that he is the designated chairman of the Republican National Convention, a majority of whose delegates and whose nomination Trump is about to win. 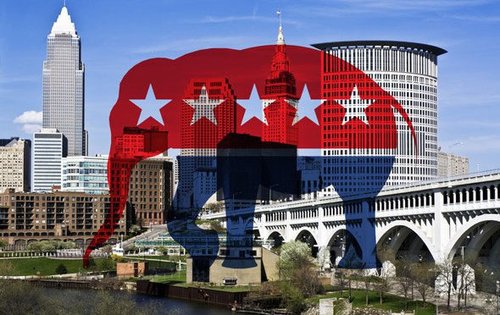 Ryan is saying he is ambivalent over whether he will accept the verdict of the Cleveland convention—of which he is the chairman.

If Ryan holds to his refusal to accept the decision of the Republican majority in the primaries, he should be removed from that role. And if Ryan does not come out of Thursday's meeting with the Donald, endorsing him, the presumptive nominee should turn to Paul Ryan, and, in two words, tell him, "You're fired!"[More]

Trump would have had a better chance of enacting his agenda if he'd fired a lot more people.