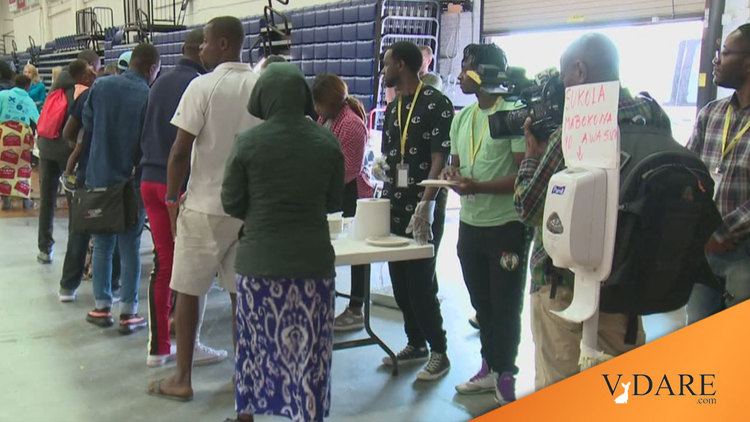 The Biden Regime’s illegal-alien conveyor belt  has overwhelmed a shelter program in Portland, Maine, and Mainers are none too happy about the influx of mostly Angolan and Congolese “asylum seekers.”

In a piece that buries the worries of Mainers and highlights the plight of the illegals, the Epoch Times reported that shelters are packed to the rafters [Asylum Seekers Overwhelm Shelters in Portland, Maine, by Steven Kovac, June 5, 2022 (paywalled)].

Facing an impending #Humanitarian crisis, #Portland Family Shelters Director Mike Guthrie has a simple message to anyone who will listen, “We need help!” https://t.co/9YCapWj5aJ

Those moves, with their attendant complications and problems, have resulted in some pushback from the local Mainers who fear their prized relaxed lifestyle may never be the same.

And they resent not having a voice in any of it.

“It’s just part of the state government’s plan to bring the slums to the suburbs,” said a Mainer from the resort and tourist community of Kennebunkport, a small town about 28 miles down the Atlantic coast from Portland.

Another upset resident said the influx is “going to impact our quality of life,” an understatement given what Mainers in Lewiston learned long ago. The colonization will also mean white Mainers pay more taxes to support the black Africans.

The newspaper also revealed that a “never-before-seen” crime wave has hit Wells, which is about six miles from Kennebunkport, summer playground of the pro-migrant Bush Family.

Cops claim the “migrants” are innocent.

The tsunami of illegals is nothing new. They submerged Portland in January, which forced the city to rent 10 hotels [City of Portland, social services organizations overwhelmed by surging number of asylum seekers, by Sean Stackhouse, NewsCenterMain.com, January 25, 2022]:

Read the whole Epoch Times piece if you want to know what Traitor Joe has in store for your hometown.