Fox News’s Bill Melugin reports that 1,200 illegal aliens crossed the border in the El Paso sector on Saturday. If you want an idea of just who’s coming to dinner—beside a horde of penniless illiterates who will drain the public treasuries in every city and town they colonize—U.S. Customs and Border Protection has kindly provided another one. Agents in the Del Rio Sector caught three previously deported child molesters in two days last week.

NEW: Border Patrol in El Paso sector report there were more than 1,200 illegals crossings in their sector yesterday alone. They included Haitians, Cubans, Nicaraguans, and some from Turkey. @FoxNews pic.twitter.com/wYeXNf3jeJ 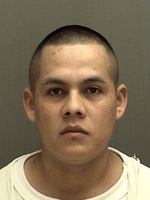 On May 9, agents at Carrizo Springs, about 30 minutes east of the border with Mexico, caught nine illegals. Among this fine group was Mexican Oscar Garcia-Solorzano, 28, right. He sexually assaulted a child in Austin in 2016 and landed two years in the slammer. Officials deported the pervert in 2018 [Del Rio Sector Border Patrol Agents Arrest Two Sex Offenders, CBP.gov, May 12, 2022].

Same day, among a group of 11 apprehended illegals, agents caught Mexican sex fiend Alejo Manuel Hinojosa-Olguin. He sexually assaulted a child in Johnson County, Arkansas, in 2016 and was booted back home after serving all or part of a five-year sentence.

About dawn on May 10, agents at CBP’s Uvalde station, about 50 miles due north of Carrizo Springs, bagged 11 illegals during a human smuggling attempt. Included in the bunch of new Democrat voters was Mexican Heriberto Cuevas-Hidalgo, 38, a child 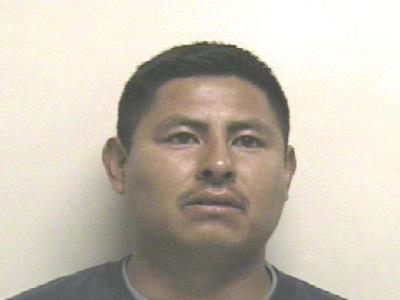 Significantly, again, all the child molesters were previously deported.

These illegals might be perverts, but they aren’t stupid. They’re going to keep coming, no matter how many times they’ve been deported, because they know they have a good chance to get past the Border Patrol, or that Let’s Go Brandon won’t deport them even if they are caught. Under Brandon, the deportation of criminal aliens has dropped 63 percent.

As well, Brandon has released almost 1 million illegals since he took office. We have every reason to believe that thousands of rapists and child molesters were among them.