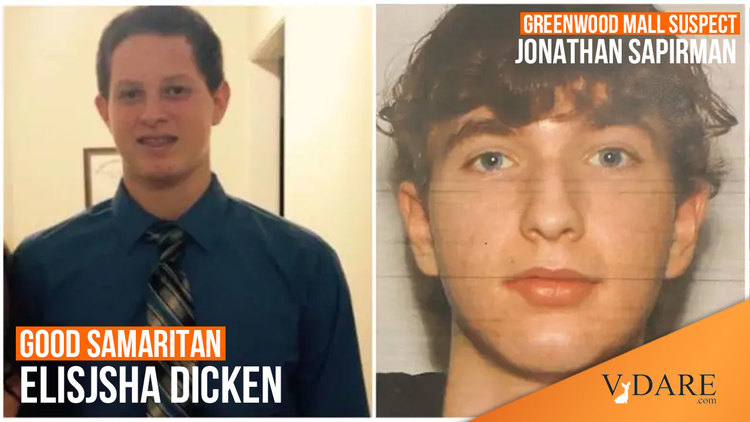 The fact that one young white man with a Concealed Carry Permit achieved what hundreds of Hispanic police with rifles and plate-carriers couldn‘t in Uvalde—stopping a mass-shooter dead—has all the victim-disarmament aka gun control advocates upset.

Libs Seethe After Good Guy with Gun Stops Bad Guy with Gun. It never happens, and also it’s bad that it happened. “It would be better if nobody committed murder at all, of course. But when someone stops a murderer before he can kill again, here’s the proper response: Thank you.”

Heavy.com has the usual 5 Fast Facts on gunman Jonathan Sapirman, who seems to have been “troubled,“ i. e., mental:

Sapirman was from a troubled family, court records obtained by Heavy reveal, and his brother sought guardianship of him after his mother lost her job and ended up in a shelter after his parents divorced. He had a juvenile history of assault, including at school, those court records reveal. The mother battled the brother for custody after she started a career as a nurse.

Heavy.com NEVER thinks that one of the “5 Fast Facts You Need to Know“ is a gunman‘s race or ethnicity, but his picture shows he‘s white and if you‘re interested, Sapirman is a Jewish name.

The young man with the Concealed Carry permit is also white.

His name is Elisjsha Dicken.

Elisjsha Dicken is being praised as a hero for stopping the mass shooter accused of gunning down three people and wounding two at Greenwood Park Mall in Indiana.

The gunman, named by the county coroner as Jonathan Sapirman, was shot and killed at the scene by the Good Samaritan, as officials have dubbed Dicken, confirmed Mayor Mark W. Myers, who released a statement shared by police on Facebook. You can read more about Sapirman’s troubled background here.

The police chief described the dramatic confrontation between Dicken and the shooter, who had opened fire on innocent people who were sitting in the food court. They believe Dicken saved many lives. “His actions were nothing short of heroic. He engaged the gunman from quite a distance with a handgun. Was very proficient in that, very tactically sound. And, as he moved to close in on the suspect, he was also motioning for people to exit behind him,” said the Greenwood police chief, Jim Ison, who revealed the shooting was captured on surveillance video.

Dicken is an Anglo-Saxon name, Elisjsha is a variant spelling of Elisha.

The victims were all Hispanic:

The mayor wrote that four people died and two were injured, including a 12-year-old girl who suffered minor injuries. The four deaths include the shooter. The deceased victims were named by the coroner as Pedro Pineda, 56, of Indianapolis; Rosa Mirian Rivera de Pineda, 37, of Indianapolis; and Victor Gomez, 30, of Indianapolis. The Pinedas were husband and wife.

There‘s no reason to believe Sapirman targeted Hispanics—the chance that put that many Hispanics in his gunsights has more to do with the Great Replacement in Indianapolis.

By the way, I described the gunman as “mental,“ but you should know that in BLM cases, which this is definitely not, the fact that someone is an armed homicidal maniac is not considered, by activists an excuse for killing him in self-defense or to protect the public: 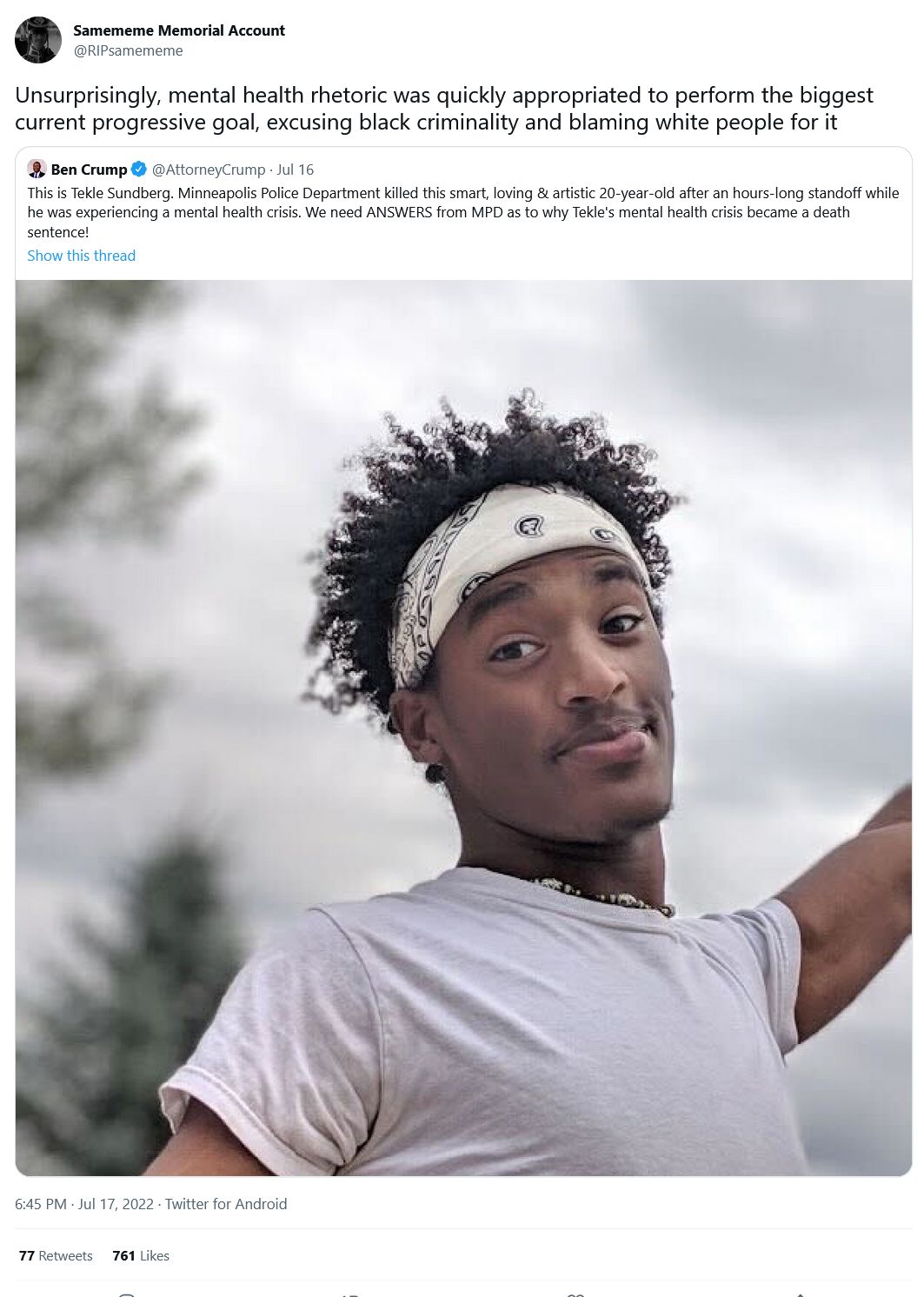