Here’s an idea for a graphical meme that somebody with artistic talent might make something of.

Make a Shepard Fairey-style poster conveying various currents in contemporary mainstream delusions, such as the Statue of Liberty as the Statue of Immigration, sexy hijab fetishism, red-and-blue Obama worship, and Fairey’s original poster of Andre the Giant: “Obey Giant” (which is the name of Fairey’s website).

With Fairey’s super-popular Red and Blue Hope and Changeism: 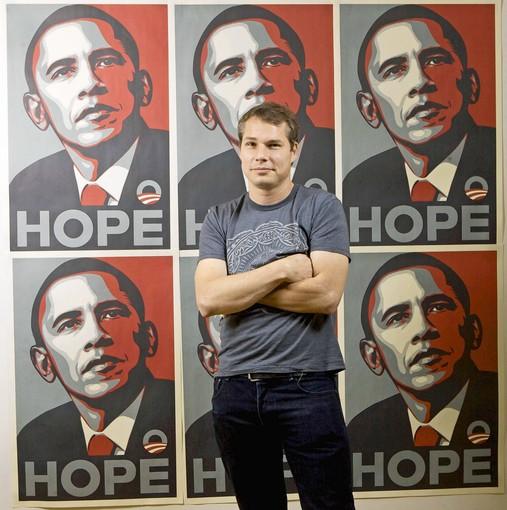 And finally with the caption of Fairey’s 1994 Obey Giantism: In other words, we should have a picture of a huge red and blue sexy Statue of Liberty wearing a hijab on which would be inscribed “Give me your tired, your poor, your huddled masses,” and the caption would be: “Obey Giant.”

I think that would sum up mainstream thinking about the subtleties of immigration policy as well as possible.