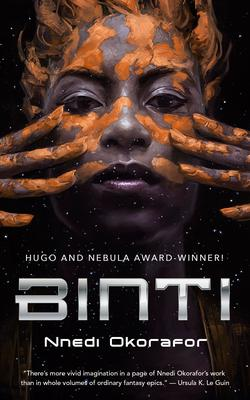 Winners of the Hugo Award for science fiction used to be books like A Canticle for Leibowitz, The Man in the High Castle, Dune, The Moon Is a Harsh Mistress, Stand on Zanzibar, Left Hand of Darkness, and Ringworld.

But in recent years, Wokeness and IdPol come first.

Thus, the 2016 Hugo and Nebula winning Best Novella, Binti by Igbo-American Nnedi Okorafor (to her credit, she has had to deal with being in a wheelchair since 19). Binti combines classic iSteve themes of Magic Dirt and World War Hair. From Wikipedia:

to be accepted into the prestigious intergalactic university Oomza Uni. … While in transit, the ship is hijacked by the Meduse, a jellyfish-like alien species that was previously at war with the Khoush, another human ethnic group. … She subsequently discovers that … her otjize, a type of mixed clay made from the soil of her homeland, has healing properties when applied to the tentacles of the Meduse. 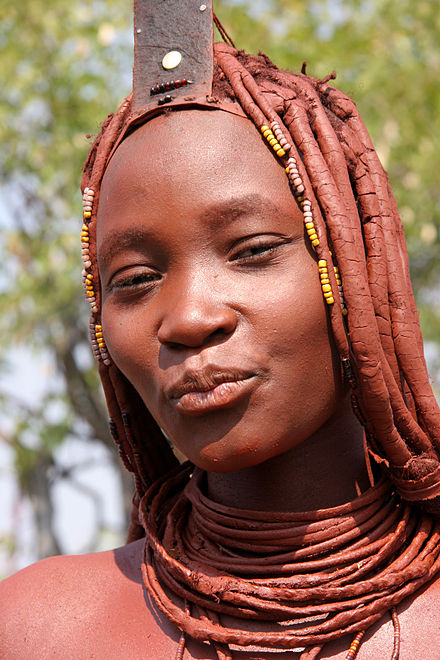 Otjize is a mixture of butterfat and ochre pigment used by the Himba people of Namibia to protect themselves from the harsh desert climate. … The mixture lends the skin a deep orange or reddish tinge. This symbolises earth’s rich red color, and blood, the essence of life, and is the Himba ideal of beauty. The Himba use otjize in their hair as well, which is long and plaited into intricate designs. Himba women start designing their hair from puberty using the red clay as well as adding on the hair of goats for stylist purposes.

Back to the plot description:

She makes a friend in one of the younger, more hot-headed Meduse, named Okwu, and subsequently brokers a tentative truce between herself and the hijacker; the truce entails Binti’s profound physical transformation. Upon arrival at the University, she is able to negotiate a short lasting peace between the Meduse and the human race, after which she begins her studies at Oomza Uni in earnest.