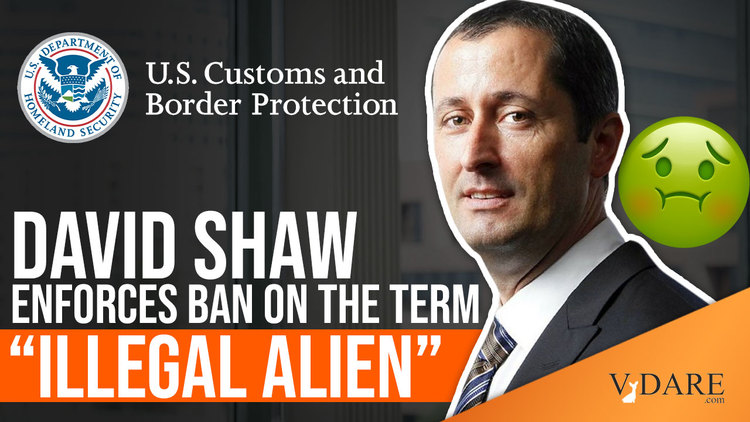 The Customs Puke and saboteur is David Shaw, formerly the Special Agent-in-Charge of the ICE SVU office in San Diego, but sadly he was promoted by the Trump Administration to Acting Assistant Director for Domestic Operations.

Shaw is a big proponent of ICE SVU being the Sex Police and protecting “migrants” rather than enforcing immigration law. Moreover, Shaw is the ringleader of illegal partisan attacks by Federal bureaucrats, the Dirty 19, who publicly repudiated their law enforcement responsibilities to enforce immigration law. See ICE SVU Insubordinate Leadership Attacks Trump, June 29, 2018.

With President Biden in control, ICE has moved to police its agents’ words, telling them the terms “alien” and “illegal alien” may no longer be used in any documents.

David Shaw, acting assistant director of domestic operations at Homeland Security Investigations, said in a memo that the changes were “an effort to align with current guidance and to ensure consistency in reporting.” His order applies to all official documents, memos and even emails.

Here are the series of terms that Deep State saboteur David Shaw doesn’t like, from the memorandum itself. Your correspondent only has parts, but here are the important terms in law that a moronic former Customs Service employee doesn’t like or understand. 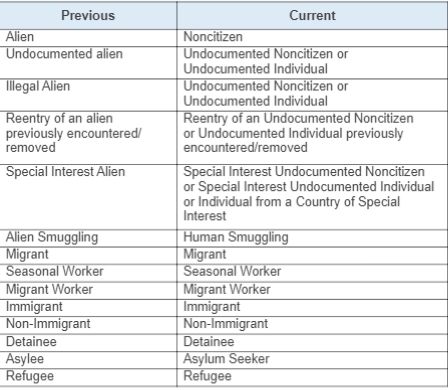 They do vote in local Samoan elections though. Note then the term that the moron Customs Puke David Shaw instructs to use instead of “alien.” It is “noncitizen.” Of course, any non-citizen, the hyphen is required, by the way, includes American Nationals. So, despite the law requiring the use of the term alien, our Customs Puke has decided that he, a minor bureaucrat, can change the law. This is an affront to both Congress, which writes laws, but also the very concept of the rule of law.

And this will have immediate legal impact. The memorandum instructs that the term “alien” no longer be used in any official document. Presumably that includes documents filed to remove aliens, or arrest aliens, such as arrest of an alien, DHS Form I-200 Warrant for Arrest of Alien or DHS Form I-862, Notice To Appear (NTA). Both of these documents are essential parts for arresting and removing illegal and legal aliens. In fact, no action can be taken to make an arrest or effect the removal of an alien until the Department of Homeland Security (DHS) establishes the fact that the person arrested or to be removed is an, well, an alien. Look at the NTA, it twice mentions “alien” in the form itself. Legally, “non-citizen” means nothing and cannot be used in any legal process to replace alien.

This is what you get when you give a Customs Puke any power and authority in an organization legally required to deal with aliens. You get a system where no alien can be deported at all. Without the term “alien” there is no deportation of anyone, alien or non-citizen. David Shaw just created an amnesty for every illegal alien and every legal alien in or to be brought into deportation proceedings.

Then we have the term “illegal alien;” that also is a term of law, not of mere common usage. It is in the United States Code as well, Title 8 USC 1365, Reimbursement of States for costs of incarcerating illegal aliens and certain Cuban nationals.

The question now is: what is to be done? First, impeachment charges should be filed, second criminal charges should be considered for deliberate interference with execution of Federal laws and officers. While that may not be possible now, two years from now or 4 years from now both are possible, and Shaw should be on notice that the law will come for him for sabotaging all immigration law enforcement. He should also be on notice that we are watching him. His home address should be available, to peacefully petition him for redress of grievances.