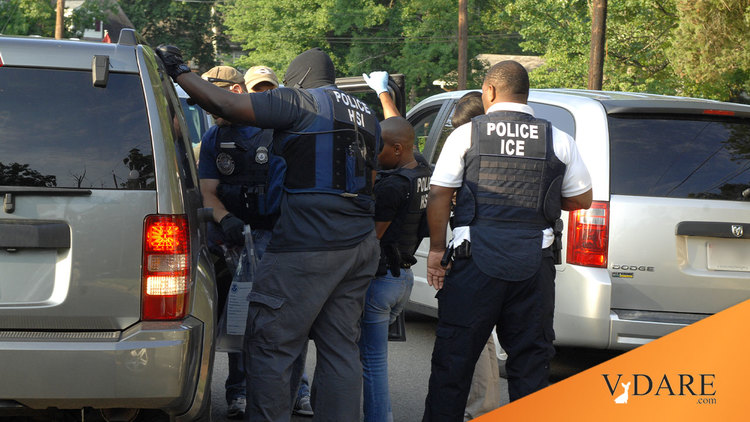 ICE SVU Back To The Car Police, Joins DEA In Allowing Flood Of Fentanyl To Kill Americans

In a strange combination of dereliction of duty at the cost of hundreds of thousands of Americans’ lives due to the mass importation of fentanyl by Chinese and Mexican drug gangs, the Drug Enforcement Agency (DEA) and U. S. Immigration and Customs Enforcement Special Victims Unit (ICE SVU) combined with other agencies, including the Internal Revenue Service Criminal Investigations (IRS-CI, formerly IRS Criminal Investigations Division [IRS CID]), and various local agencies, to investigate interstate transportation of stolen goods, specifically catalytic converters. All the while drug deaths, especially from fentanyl, have skyrocketed.

Here is a tweet chain containing a frightening graphic concerning drug deaths in the United States, and the rise of fentanyl, almost all of which is either manufactured in Red China and smuggled through Mexico, or Chinese precursor chemicals are exported to Mexico, where it is manufactured.

This is the only local issue San Francisco voters are concerned with at the moment. We’ve made ourselves a drug tourism mecca rivaling the Thai heroin trail of the 60’s and 70’s just as this happened. Nobody paid attention, not the press or @sfgov — and now we’re doubling down. pic.twitter.com/1YuUKhTbkP

While the problem with catalytic converter theft is widespread and growing, mostly caused by government regulations that limited the supply of replacement converters for older cars, it is predominately a local police problem, and, if, as in this case, it becomes a case of an interstate crime, the Federal Bureau of Investigation (FBI) has jurisdiction. ICE SVU is supposed to be enforcing customs and immigration laws, not local criminal statutes, or poaching on FBI jurisdiction. However, ICE SVU is doing everything but customs and immigration work, while having a strange affinity for car cases.

Six Springfield and Rogersville residents pleaded guilty in federal court for their roles in a scheme to transport tens of thousands of stolen catalytic converters across state lines as part of a multi-million-dollar business following a Homeland Security Investigations (HSI) and law enforcement partner investigation.

Six of the seven defendants indicted in this case have now pleaded guilty. Co-defendants Cody Ryder, 30; Enx Khoshaba, 29; Leslie Ice, 37; and Eric Kaltenbach, 37; all of Springfield, and Camren Joseph Davis, 25, of Rogersville, have pleaded guilty to their roles in a conspiracy to transport stolen property across state lines.

Note also the long list of participants in this investigation; clearly ICE SVU’s participation was unnecessary, as was that of the DEA and IRS-CI. The myriad of local agencies had it covered as well as a local prosecutor on board.

And three Assistant U.S. Attorneys (AUSA)? That is highly unusual. Except in the biggest cases, two AUSAs is the maximum assigned to a case, especially when there are no trials and all we have are plea deals. In my 28 years of Federal law enforcement, I have never had a case with three AUSAs, two yes, on my biggest cases, but three? Never!

It is not certain why IRS-CI was involved. While it is obvious that criminals don’t pay taxes on their illegal income, why this particular case, when IRS-CI involvement is better suited to stacking charges on drug smugglers who are killing over a hundred thousand Americans? Is the Biden Regime also conducting an amnesty for the mostly illegal aliens who supply the drug market in the United States? It seems so: why else is the Biden Regime making catalytic converter thefts a priority for three agencies and three AUSAs? Is there no drug problem in Missouri? Well, no. Drug deaths are the leading cause of death among Missourians aged 18 to 44. But ICE SVU and the DEA are more concerned about a grand theft case that local law enforcement could have easily made arrests in. They even warned one of the conspirators to stop buying stolen converters. They could have arrested him. In my experience, the IRS-CI never wants to come in on a case unless the lost income to the government is in the millions, as they have a strict cost-benefit analysis to their cases. Only the biggest get their attention, or there are political instructions from the top.

So, with Americans dying by the tens of thousands from illegal drugs imported into the United States, a crime that ICE SVU and the DEA are primarily charged with investigating, they instead decide to become the theft bureau of a local police department.

In another interesting development, it appears that either ICE SVU or the DEA are literally writing stories for the press or cribbing off each other. Usually a press release generally covers the crime being prosecuted, and in the case of ICE SVU, the local Special Agent-in-Charge (SAC) is quoted in a special block of text. Here is an example of the typical ICE SVU press release, short on details and with a separate block quote from the SAC notifying the public how horrible the crime was and how wonderful ICE SVU is.

But in this case the DEA, ICE SVU, and the local press printed identical stories. Compare the ICE SVU press release, the DEA press release, and a local scribbler. Clearly someone is copying the other, and ethically, the press should not be reprinting press releases; reporters should be asking questions, tough questions, not being lapdogs for the government.

Is the press becoming adjacent to the Deep State? Well, obviously, yes: not bothering to ask a single question why the DEA and ICE SVU are dealing with catalytic converters while drugs and illegal aliens flood the nation.