Yes, arresting mostly black shoplifting gangs and flash mobs is good, but black crime, even organized black and other gangs, is the job of the local police, and the Federal Bureau of Investigation  if there is an interstate crime nexus. As for money laundering, that, again, is the purview of the FBI, and also the United States Secret Service.

Yes, I know that the legacy U.S. Customs Service (USCS) ran the innovative and very successful Operation Greenback back in the days before the creation of the Department of Homeland Security (DHS) in 2003. However, ICE SVU (U.S. Immigration and Customs Enforcement Homeland Security Investigations, which I derisively refer to as ICE Special Victims Unit [SVU]) gave up Operation Greenback to the FBI long ago. While I am quite critical of the Customs pukes that have ruined the enforcement of immigration laws at ICE SVU, USCS Office of Investigations was an effective law enforcement agency, in their lane. But ICE SVU has decided to go outside of their lane and poach cases of shoplifting from the Maui Police Department.

ICE SVU is filled with Customs pukes—Customs pukes who had a record of investigative achievement in the day—but ICE SVU and the Customs pukes that staff it are now a pathetic shadow of their forebears at USCS Office of Investigations. As part of ICE SVU‘s flight from doing actual work, leaching off the work of others, ICE SVU has decided to ignore real crime by real illegal aliens and, naturally, leach off the hard work of specialists in money laundering, the Association of Certified Anti-Money Laundering Specialists (ACAMS), and the retailer victims of organized shoplifting. ICE SVU plans on taking credit for their work, but is achieving nothing in their area of law enforcement responsibility, customs and immigration law violations.

Ignoring customs and immigration law enforcement as part of the Biden Regime Administrative Amnesty in Hawaii, ICE SVU has decided that no illegal aliens or meth dealers are going to be arrested in the resort isle of Maui, but agents will be dispatched to no doubt use the government per diem at resort hotels in an effort to track down shoplifters. Tough work.

Maui and the Hawaiian Islands do have a significant meth problem, mostly coming from Mexico and Asia, and there are lots of illegal aliens in the Hawaiian Islands working in the tourist and service industries, which Maui is dependent on. Arrests of illegal aliens would open up jobs for the welfare dependent and unemployed in Hawaii , of which there are many. ICE SVU can stay in their own lane and keep busy with customs and immigration cases, but that would interfere with their beach time.

Homeland Security Investigations plans to tackle organized retail crime in Hawaii amid growing concerns over attacks on stores nationally and schemes that generate an estimated $69 billion in illicit profits in the U.S. every year.

HSI is partnering with the Association of Certified Anti-Money Laundering Specialists, also known as ACAMS, to help combat organized retail crime, which involves the large-scale theft of retail merchandise with the intent to sell.

“In Hawaii, organized retail crime is not something that only impacts large department stores. It hits small businesses particularly hard,” Special Agent in Charge John F. Tobon said in a news release Tuesday. “It hurts the economy, business owners and the consumer in many ways.”

In contrast to shoplifters, organized theft groups engage in large-scale thefts which rely on teams of “boosters” who steal goods from major retail stores, “cleaners” who disguise the origins of stolen merchandise, “fencers” who resell products through brick-and-mortar fronts and major e-commerce websites and professional money launderers who funnel illicit profits to criminals orchestrating schemes. In many instances, organized theft groups resort to violence or violent threats against employees of retail companies.

Easy work: ACAMS does the analysis, ICE SVU opens up a case, identifies a suspect, passes the information on to the Maui Police Department and presto, ICE SVU has a stat or two, maybe shows up to the arrest scene with their battle rattle, and takes credit with a press release. Nice work if you can get it. But most important, it enables ICE SVU to appear to be working, but not taking risks arresting drug cartel soldados or arresting any illegal aliens.

They take a publicity shot in Maui, everyone gets some travel to an exotic island at government expense, everyone is happy, especially the drug cartels and illegal aliens. 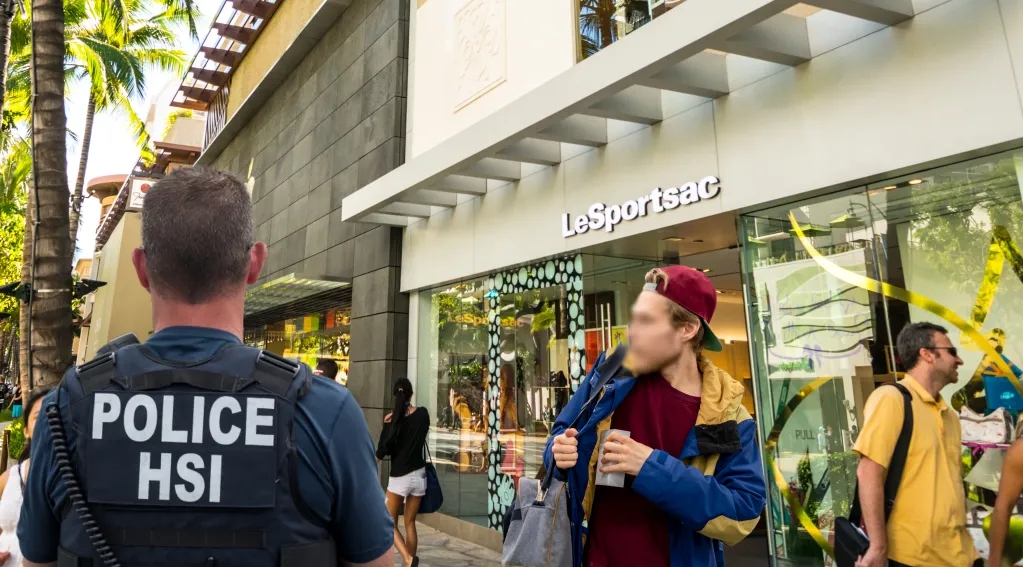 ICE SVU Battling It Out With Shoplifters

At the same time, though, violent and dangerous illegal aliens are running amok throughout the United States, but do not have to worry about getting arrested by ICE SVU.

Surveillance video released by Hillsborough police in Northern California shows a burglary crew believed to be from South America targeting a luxury home. It’s just one in a series of crimes involving burglars from out of the country, hitting homes in affluent communities up and down the state.

Earlier this month, the Ventura County Sheriff’s Office arrested a four-man crew that robbed a home in a Camarillo neighborhood.

“This is crime tourism. They’re coming here for the purpose of targeting neighborhoods,” said Cmdr. Erik Buschow with the Ventura Sheriff’s Office. “Specifically vehicles, homes. Not violent crimes, but they’re going after the big bucks.”

So, why is ICE SVU ignoring a massive crime spree by illegal alien gangs, but going after shoplifters in vacation spots? Because this is part of the Biden Regime Administrative Amnesty, not just of illegal aliens, but of drug cartels as well. Every minute wasted by ICE SVU on Land Rovers or unlicensed sports merchandise is another American dead from a fentanyl overdose or another illegal alien burglary. 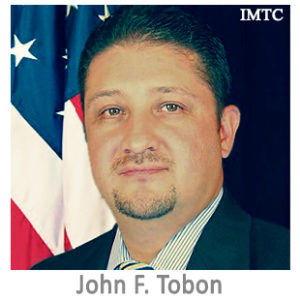