As usual, the Heavy.com 5 Fast Facts You Need to Know about Isabel Martinez don't include things like national origin or immigration status. However, in spite of referring to her as " the Georgia woman was accused of stabbing her four children under age 10 to death, along with their father" they do have this detail:

The tragedy occurred in a mobile home in Loganville, Georgia, a town in Gwinnett County located about 30 miles from Atlanta. An immigration hold has been placed on Martinez, according to AJC.com.

And AJC.com says this

She has also been put on an immigration hold.

The stabbings reportedly occurred between 2 a.m. and 4 a.m. Thursday, according to arrest warrants obtained by The Atlanta Journal-Constitution.

The woman is the “primary suspect,” and police are “not searching for anyone else,” Gwinnett police Cpl. Deon Washington said earlier in the day. 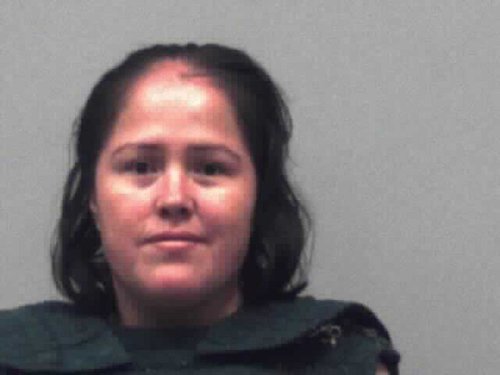 Gwinnett Police are charging Isabelle Martinez with murdering four of her five children and their father. The fifth child is hospitalized in serious condition.

The mother spoke Spanish and the language barrier initially made it difficult to communicate, the spokeswoman said. “This is a very tight knit neighborhood. They all know each other,” Pihera said.[Emphasis added]

I found out about this from a search for "immigration hold"—another use of Ann Coulter's "Secret Decoder Ring".