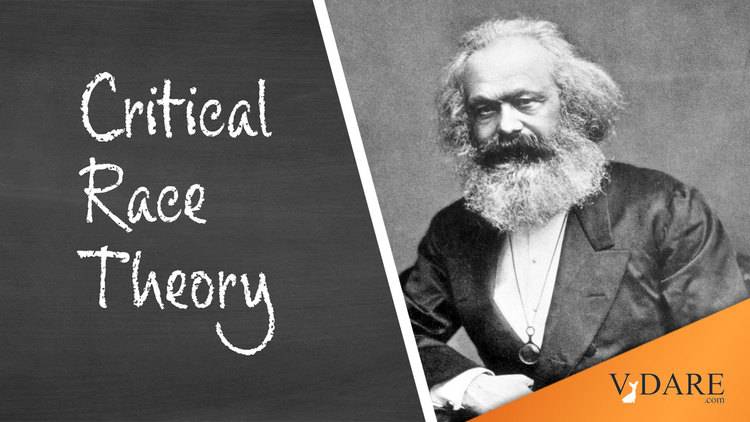 Obviously, Marx was concerned overwhelmingly with class, which the leading voices of the Great Awokening are not. They tend to be more concerned with the race and gender identity of the lead in the next Marvel superhero movie or the next vice-chair of the Vanderbilt U. diversity-inclusion-equity (DIE) administration than they are with the traditional proletariat.

Marx assumed, hand-wavingly, that the proles could of course competently manage the forces of production once they got their hands on them. Lenin had to deal with the disorganizational consequences of this, and during his New Economic Policy he went back to letting the more talented operate in markets.

On the other hand, CRT/Wokeness/Anti-Racism/Intersectionalism is not revolutionary. There is very little enthusiasm for the racially and genderly superior actually running the sewer systems and chip factories.

Instead, it demands exactly what we have already, but on an even larger and more explicit scale: DIE bureaucracies administering a racial caste system in which higher caste individuals (blacks, trans, et al.) are subsidized by the untouchable helots (straight white men), the racial Morlocks who keep the new Eloi of Color in their life of ease.