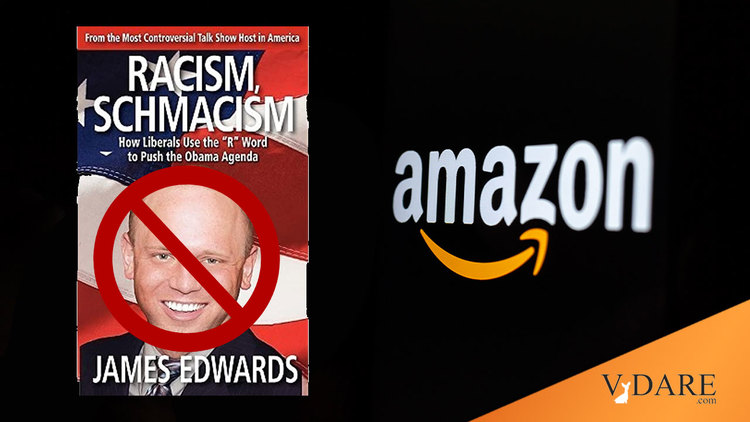 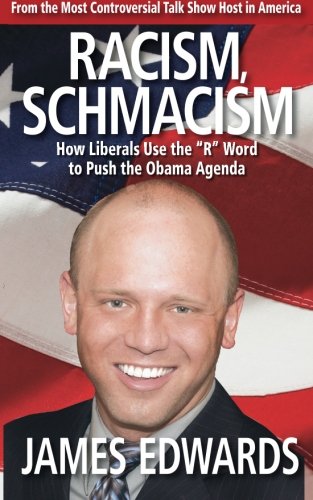 James Edwards broke the news to VDARE.com Editor Peter Brimelow in their Political Cesspool talk Saturday night that his book Racism Schmacism: How Liberals Use the R Word to Push the Obama Agenda, had just been banned from Amazon--twelve years after it was published.

Currently, its Amazon page has it as "no longer available".

As you can tell from the subtitle, it was about the Obama First-Term era, when anything you said about Obama himself was a gaffe, and McCain more or less threw the 2008 election to avoid being called racist.

Steve Sailer reviewed it here: James Edwards` Racism Schmacism—Combating PC Newspeak, August 1, 2010. Ironically, he felt it wasn't direct enough about  race and IQ. The book was also rather creepily "reviewed" by the Southern Poverty Law Center, which as I noted at the time is almost as good for sales as being Banned in Boston used to be.

Here are some samples of what's in it:

While you can still buy it, banning it from quasi-monopoly Amazon is a significant upward move in the Tech Totalitarian attempt to ban all of WrongThink—which was what Edwards warned about in 2010.

Listen here or below..on either TPC or VDARE.com because YouTube bans us both: