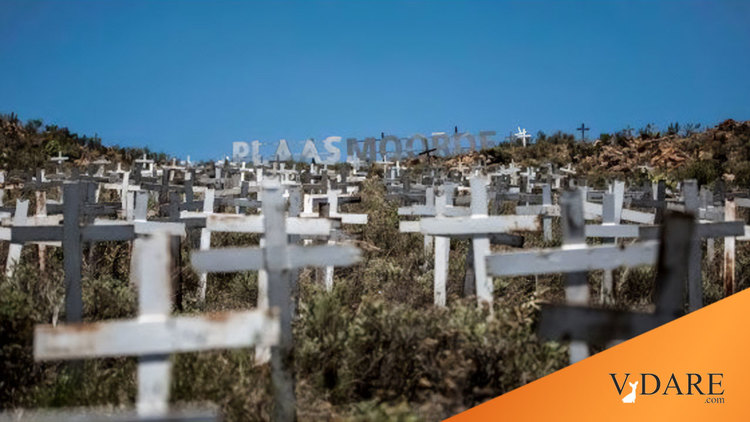 A farmer was murdered every 4.7 days in South Africa last year. Farm attacks in that nation totaled 446 in 2020, or about 1.3 attacks each day on average. The attacks resulted in 77 murders. Compared to 2019 when 453 attacks occurred, the number of farm attacks decreased slightly. However, the number of deaths nearly doubled in 2020. There were “only” 48 farm murders in 2019. With few exceptions, attackers were black and victims white. [ToekomsVonk - Plaasaanvalle- en Moorde]

Farm attacks are an expression of a much wider crime problem for South Africans. The nation ranks third behind Venezuela and Papua New Guinea as the most crime-ridden of the planet's 195 nations.

The trend is continuing in 2021. Below are a few notable examples from January.

Bobby and Elmarie Burger were brutally attacked at their Klipspruit farm. The attack occurred just after 4:00 a.m., reports say. The couple were transported in serious condition to a local hospital after three attackers brutally assaulted them. The incident occurred January 25, 2021.

20-year-old Chantelle Ash and her 8-month-old baby, Tasneem, were found dead in a lodge room where they were staying the night with Ash’s Bangladeshi husband. The mother and daughter were found deceased by the lodge’s cleaning crews. Ash’s husband is the father of her baby and was arrested for the murders. Her family is opposing bail for the suspect.

Chantelle Ash, 20, & her baby, Tasneem, was found murdered on the 14/01 outside Mokopane, Limpopo. Their hands were tied behind their backs & they were strangled to death. The partner of Chantelle & father of Tasneem, was arrested.
Rest in power our sisters ✊🏽💜#KeepTheEnergy pic.twitter.com/jYSraNvETq

The murders occurred in Mokopane, South Africa. While not a farm murder, the crimes highlight the culture of violence with which whites must co-exist in South Africa.

[Family calls for accused in double murder to be denied bail, by Liam Ngobeni, iol.co.za, Feb 1, 2021]

A 77-year-old farm manager was stabbed before his attackers attempted to drown him in a septic tank. Reports say the victim was pelted with stones during the ordeal. Three attackers were involved. The victim was rescued by neighboring farmers. When police were contacted, they failed to respond. Apparently, the police had no vehicle available at the time. Unusually, this was a black on black farm attack.

The 77-year-old farm foreman, Mr. Simon Makhotha, was the target of a farm attack on Harrisdale in the Zastron area.The farm belongs to an emerging black farmer who does not reside on the farm https://t.co/rhLeEbU6GZ

The crime occurred in Free State, South Africa and was reported January 19, 2021. 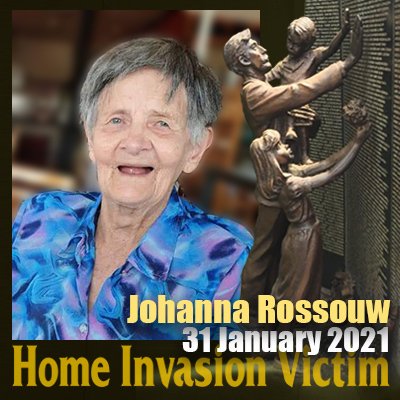 “The mother of 4 was found dead in her home in Fuchsia street, with multiple stab wounds in her back and neck. It is clear this defenseless frail old woman was also tortured before she was violently murdered. Her hands were tied behind her back. A rag was also placed in her mouth by her attacker and soap was thrown over her face.

Only her cellphone and car was [sic] missing...

The report says the elderly mother of four was stabbed 30 times; 25 times in the back and five times in the neck. 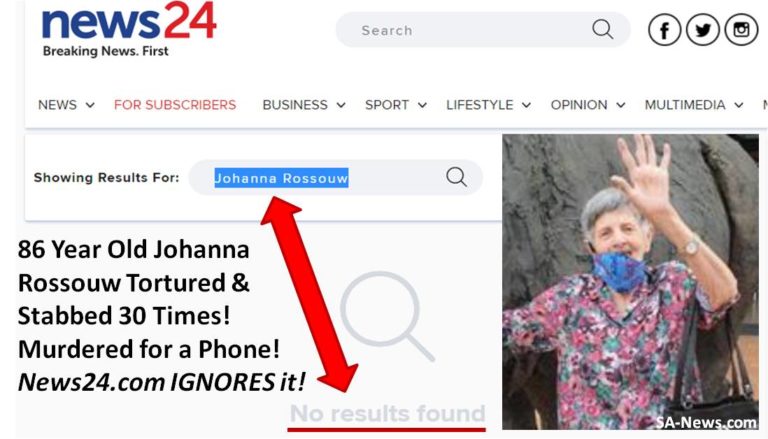 “She leaves behind 4 children, 4 grandchildren and 1 great grandchild,” the report said.

A vehicle driven by Johanna van Heerden was riddled with bullets from high caliber weapons, a report says. 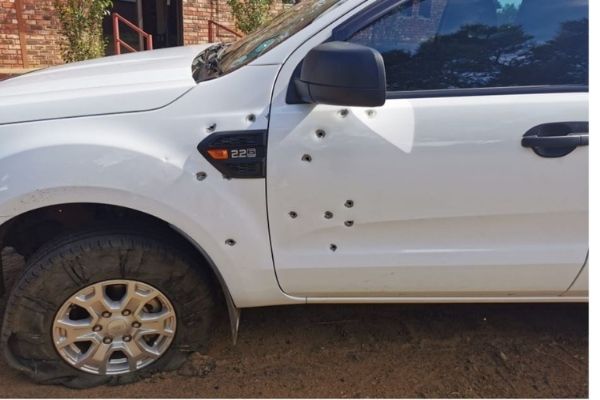 A  woman was assaulted and bound during a home invasion in Brondal, Mpumalanga, South Africa. The criminals gained entry through the roof. The victim managed to send an emergency message before she was bound. The two assailants managed to make off with a television and jewelry before help arrived.

A farm attack was reported near Nigel in Gauteng Province, South Africa in which a woman with  three-year-old child was assaulted. An ambulance was dispatched to the home and the woman was treated by EMTs. Though traumatized, the child was unharmed.

Another woman was attacked at a farm in Mooinooi, North West, South Africa after her husband was lured outside. Reports say a man was seen trespassing near the home. When the woman’s husband went to investigate, another man slipped into the home. The woman reportedly fled after the intruder attempted to take her cell phone. She was pursued and stabbed in the back. 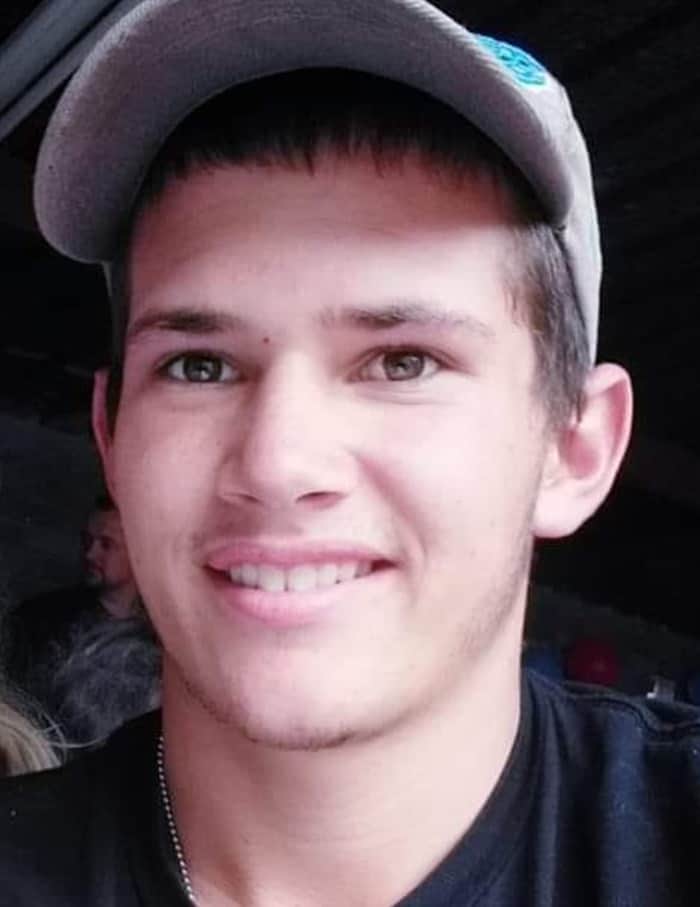 18-year-old Nathan Hebler was fatally shot when he and his father visited a fast-food store in Vanderbijlpark, South Africa last month. Reports say the two men fled when shots were heard outside the Slap Chips restaurant. Nathan was shot three times. His father, Johan, was also shot but survived.

As a concluding caveat for consideration is this fact: Of the 132 countries listed on the afore mentioned ranking of countries by crime rates, the top forty-nine most crime-prone have majority non-white populations. The USA ranks 50th. [Crime Rate by Country 2021, World Population Review] The fifty countries with the lowest crime rates tend to be predominantly white, East Asian, or are controlled by authoritarian Islamic governments.