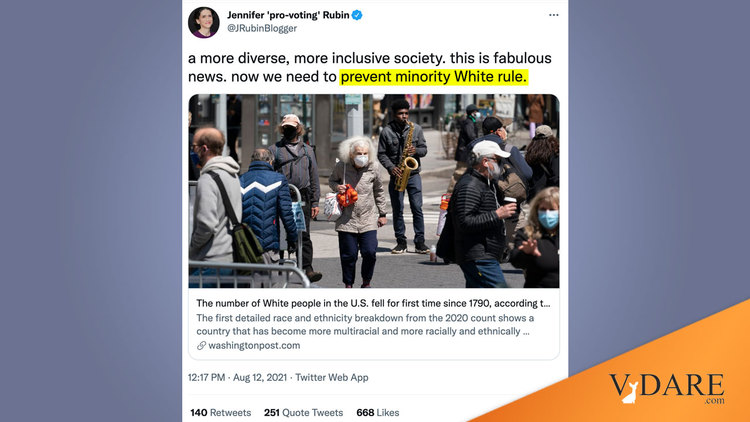 If a lower form of political life than Jennifer Rubin could slither out of the slime, it’s hard to imagine what it is.

She rose through the ranks of the commentariat by claiming to be a conservative, but because Donald Trump "ruined" the term, now considers herself a "Pat Moynihan" or "Andrew Cuomo" Democrat.[Opinion: NeverTrump becomes NeverRepublican, by Jennifer Rubin, The Washington Post, May 13, 2020]

In other words, she masqueraded as a conservative when it suited her professional ambition, and with Trump felt comfortable enough, having ensconced herself at The Washington Post, to come out the closet as the leftist she always has been.

So Rubin now openly admits that she wants to prevent "white minority rule." 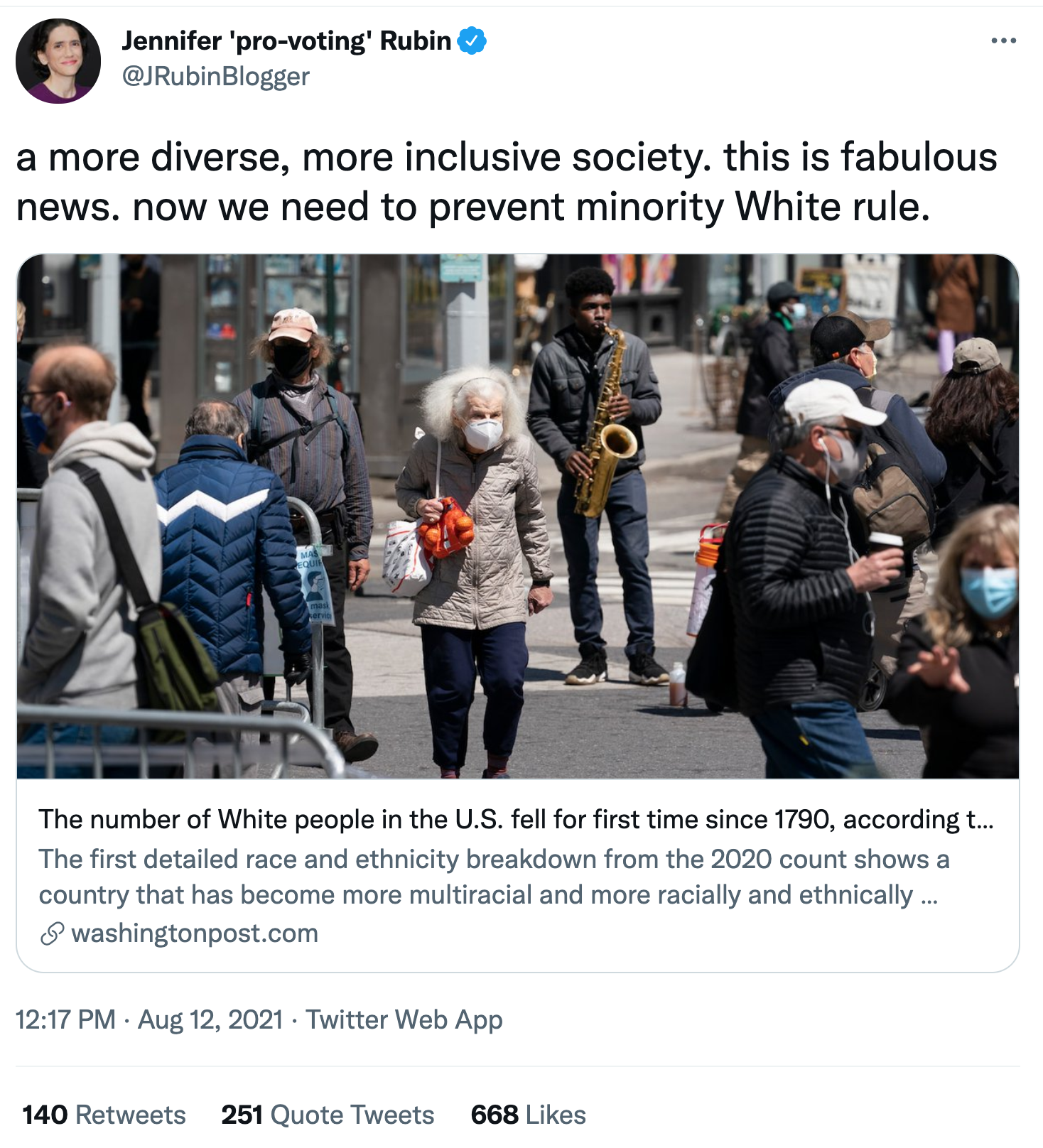 That is an openly anti-white remark that, uttered about any other group, would almost certainly end in professional if not financial ruin for the person who said it.

Unlike Rubin, those of us who support the continuance of the Historic American Nation will never have a perch at the Post from which to defend and advance the interests of our own people.