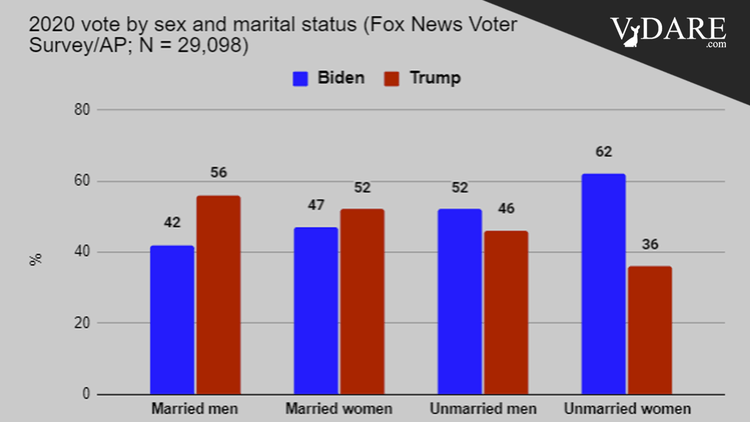 Single women were ridin’ with Biden by a nearly 2-to-1 margin:

Were it not for unmarried women, Donald Trump would’ve won reelection in a landslide. Shoulda put a ring on it, I guess.