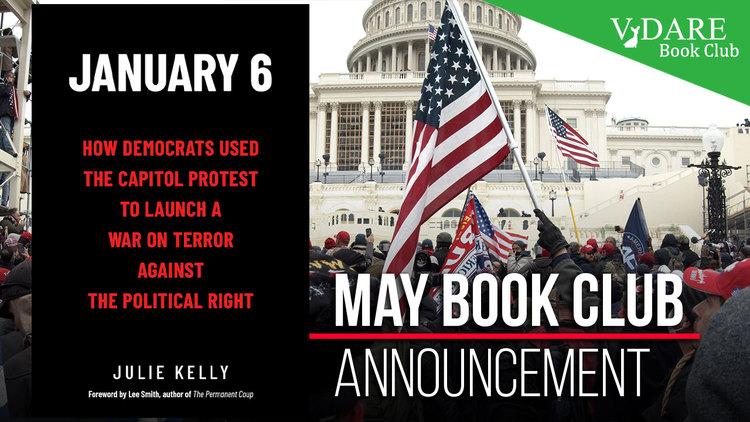 May Book Club Announcement: January 6: How Democrats Used The Capitol Protest To Launch A War On Terror Against Their Political Enemies, By Julie Kelly

Even as I write this, another person has been arrested in the sweeping investigation of the January 6, 2021 protest [Central Iowa man charged in US Capitol insurrection, by David Pitt, Associated Press, May 5, 2022]. The specifics of this man and what he did or did not do isn’t the point. I've never heard of him and obviously there hasn't been a trial. What I found fascinating was this:

The FBI was first notified of Heathcote's participation in a Jan. 20 anonymous letter. It received further details in February from an additional witness in who [sic] said Heathcote had bragged on Facebook that he'd been in Washington on the day a crowd of Donald Trump supporters stormed the building in a bid to stop the certification of Joe Biden's election victory. 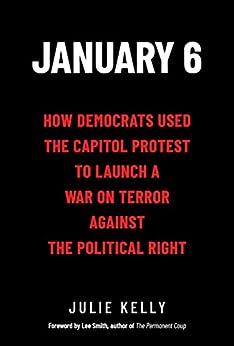 The two elements that are interesting about this are (1) the emergence of more informants or investigators who want to do the feds’ jobs for them and (2) the utter naivete of many January 6 rioters. One can’t blame them. After seeing the chaos unveiled across the country in 2020, maybe Republicans thought that the police would kneel to them too. It doesn’t work that way.

Julie Kelly’s January 6: How Democrats Used the Capitol Protest to Launch a War on Terror Against Their Political Enemies teaches us a lot of hard lessons about the way power works in 2022 post-America. It tells us about selective law enforcement. It tells us about torture. It tells us about Americans who had their lives ruined by a System that pursued them with far greater ferocity than any of the criminals of 2020.

One of the purposes of this Book Club is to break conservatives, libertarians, and patriots’ naivete. I’m extremely cynical and would put nothing past our rulers, but Julie Kelly’s work shocked me. The idea that these things are happening, in our name, and in our country, hit me to my core. I suppose I am too much of an old-fashioned conservative after all, because I had too much trust in these institutions.

Julie Kelly’s work is consistently good and important. She’s asking the hard questions about the way a supposedly democratic government works. She’s also not afraid to take on the media. Deviating from the official narrative on January 6 is arguably a bigger Third Rail than discussing race. We’re lucky to have her and her book. But I promise you, after you finish this essential work, you won’t be in a good mood.

You shouldn’t be. Don’t tolerate what’s happening. The Book Club is about training our minds for political combat. Winning the larger struggle against our treasonous rulers is what VDARE.com is all about. The Book Club is an important weapon. Enlist in the struggle and join today.