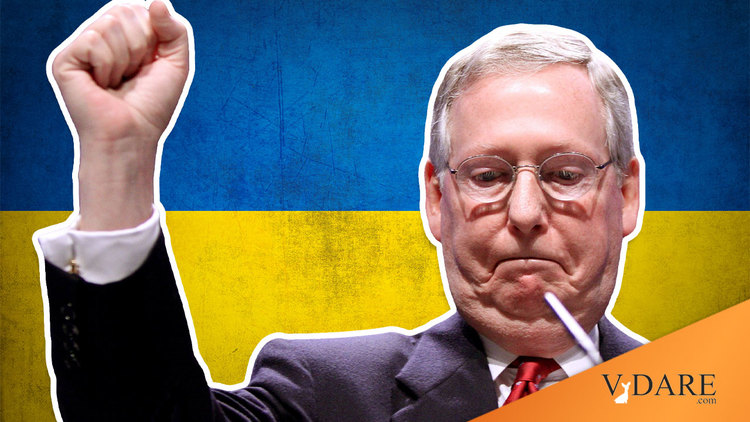 McConnell Refuses To Prioritize Defending America's Own Borders Over Ukraine's

Earlier: THE FULFORD FILE: Face It—Pentagon Wants To Do ANYTHING But Defend America

Several remarkable moments in @BretBaier interview w/McConnell. McConnell was pressed on his staunchly hawkish stance re: NATO expansion and retreated to platitudes. Most shocking, McConnell was unwilling to say our open border is bigger threat than Russia — extremely revealing.

Here‘s the clip (click here to go right to it).

McConnell: Putin has succeeded not only in actually expanding NATO and making it even more effective as a deterrent remember Reagan said peace through strength and that‘s what NATO is all about and that‘s why Finland and Sweden add a lot to NATO

Baier: There are Republican campaigns now here in the U.S around the country focusing on the record-setting illegal immigration on the border to you right now what is a bigger national security threat Russia in Ukraine and what‘s happening there or the situation on our southern border? I don‘t think you have to pick I think they‘re both important-I mean we both need to secure the border which the previous administration did an excellent job of, and we need to beat the Russians in Ukraine!

It‘s important to do that. The prime minister of Japan, concerned about President Xi and China said “You want to  send Xi a message defeat Putin in Ukraine.”

Of course, this is completely mental. American foreign policy shouldn‘t be based on the wishes of the Empire of Japan, and Pat Buchanan has frequently pointed out the danger of giving “war guarantees“ to other countries, in effect promising to go to war on their behalf if they do something stupid.

But more to the point, the Senate Republicans should very much be prioritizing defending the American border. Defending borders is what governments (and armies) are for.