But it is surprising that Hananoki (email/ twitter) would so totally misstate my (and for that matter King's) argument. Hananoki wrote:

Brimelow’s Caller op-ed defended King and argued that America should remain white because the “Founding Fathers were all white” and they wanted “‘to form a more perfect union… [for] ourselves and our posterity’ — by which they literally meant their physical descendants. ...  the U.S. was to be a nation-state, the political expression of a particular (white, British) people, as in Europe." [Link in original]

But what I actually wrote was:

Rep. King...could quite legitimately have argued that, yes, I certainly meant there’s a white ethnic core to America and there’s a limit to how far that can be displaced.

But, it’s vital to note, King did not actually do that...Instead, he made a purely cultural argument:

It’s the culture, not the blood. If you can go anywhere in the world and adopt these babies and put them into households that were already assimilated in America, those babies will grow up as American as any other baby with as much patriotism and love of country as any other baby. It’s not about race. It’s never been about race. In fact the struggles across this planet, we describe them as race, they’re not race. They’re culture based. It’s a clash of culture, not the race. Sometimes that race is used as an identifier.

So King in fact apparently does think “that our civilization” can be restored “with somebody else’s babies”—if they’re assimilated (which, of course, is notoriously hard to do).

Steve King has positioned himself at the edge of mainstream conservatism. He doesn’t go full White Nationalist. Instead, he has adopted the familiar Tom Tancredo position on the superiority of Western culture and the need to preserve Western civilization, which is about as far as it is possible to go within conservatism short of edging into explicit ethnonationalist territory.

So why did Hananoki not report King's fairly subtle, but important and internally consistent, distinction? There are three 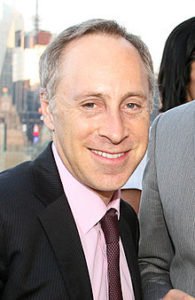 Still, this episode raises the question: how much worse off would Steve King be if he had actually gone "full White Nationalist"?