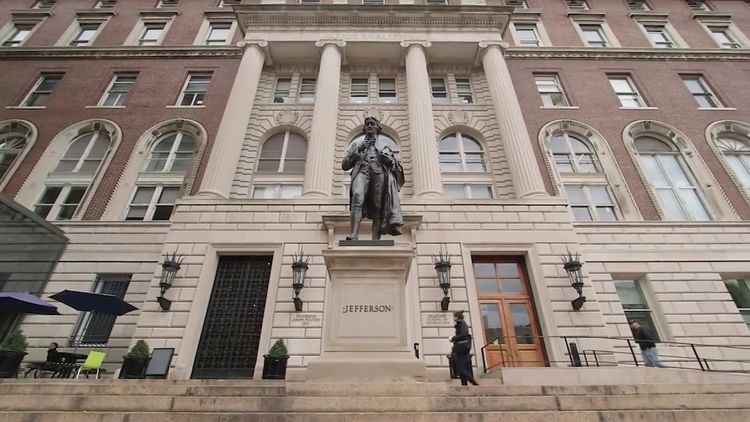 Michael Lewis On The Lameness Of Journalism School: "There Wasn't A Story”

Journalist Michael Lewis visited the Columbia School of Journalism in 1993 and wrote up the experience for the New Republic. That was during a period of higher than usual crime in New York—i.e. pre-Giuliani—and Columbia is located in Harlem.

That being said, what's featured in the following anecdote is not the phenomenon of "Not Reporting Race" but of "not reporting at all"—and what's depressing  is that the "kids these days" in this anecdote are now grown up and embedded in the MSM—while still having the journalism instincts of a tortoise.

A few weeks ago, toward the end of the first semester of classes, about thirty journalism students assembled in the third-floor student lounge to compile a list of complaints about the school, which they eventually presented to Dean Joan Konner. They were busily agreeing that the school needed more Hispanics, more scholarship money for African Americans, a more culturally sensitive faculty and more awareness about AIDS, when a stranger crept in and took a seat. The stranger must have liked what he saw: all these prosperous-looking youths so preoccupied with their problems that they were blind to the events right in front of their eyes. Unnoticed, the stranger rifled through a student's purse. The lounge wasn't much bigger than a squash court, so he deserves some sort of prize for audacity.

It was only when the stranger made for the door that one of the students—the woman who'd been robbed—finally noticed him and shouted. The stranger raced out the door, down the stairwell, past the bronze plaque, past the bronze busts of Joseph Pulitzer, past the stucco reliefs of the Gods of Journalism and out into the night, chased by a dozen or so less swift journalism students. Standing near the fateful spot in the lounge where she and her classmates had been sitting, Kuae Noel Kelch-Mattox related the story to me. “We were literally ten to fifteen seconds behind him, but then he just disappeared,” she said. “I never would have thought this sort of thing could happen in my own student lounge.”

“Who wrote the story?” I asked. The students were required to hand in homework articles each week. The student newspaper was also sorely in need of material.

As I pulled out a pad and began to write, students in the lounge gathered around me, along with a pair of young adjunct professors.

“What's your nut graph?” asked the other, who was keen to know how this article was going to turn out. I scribbled a note to check the meaning of the phrase, one of the several bits of J-school jargon I failed to understand.

“What happened to the wallet?” I asked my source.

“Why are you trying to find out?” she asked.

“Yeah,” said one of the other students, a little aggressively. “It's just normal here. I keep mugger money in one pocket and my money in the other.”

“Oh no,” said the media-wise professor, “what you're going to see in this article is a completely skewed position on the crime problem in the school.”

The women telling the tale began to lecture me. “So, like, just because someone had their purse stolen is proof that there is something wrong with our school?”

“C'mon,” said the other professor, “tell us your nut graph.” 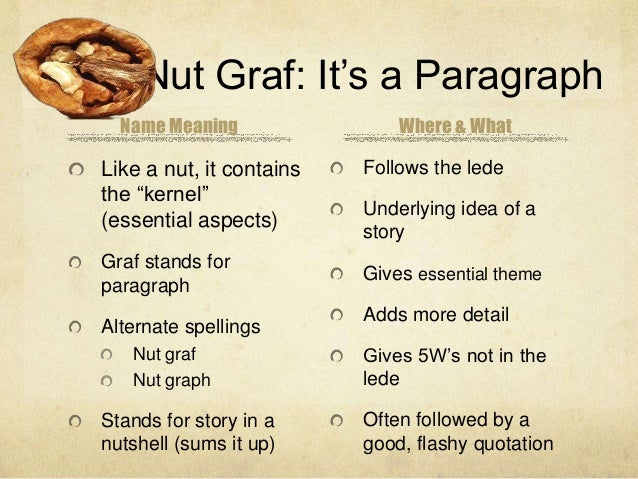 I gave up and dropped the pad. “What's a nut graph?” I asked.

The adjunct professor took pity. He tried again, gently. “In the article you are writing about the school,” he said. “What's your null hypothesis?”

“My null hypothesis,” I said, "is that the Columbia Journalism School is all bullshit.”

They paused. “That's a good null hypothesis,” said one, finally.

As far as the "Not Reporting Race" is concerned, I noted in 2009 that when a black Columbia professor was arrested for punching a white woman in the face during an argument over white privilege, in a bar on Harlem's iconic 125th St., the Columbia Spectator—the paper that never got the purse-snatching story—reported it without mentioning race.

But then, so did the New York Times—maybe they went to Columbia, too.