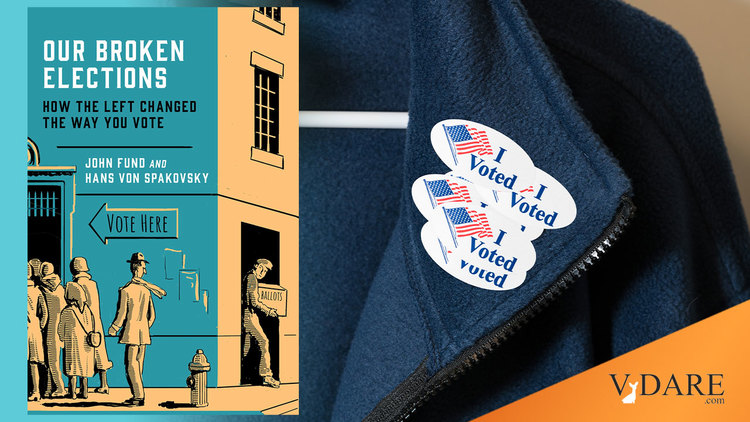 Earlier Ann Coulter: Voter Fraud Never Happens! (Except in These 10,000 Cases)  and by Steve Sailer: NYT: Vote Fraud Would Require Many Politicos Working Together Like a Machine: a 'Political Machine,' if You Can Imagine Such a Concept

John Fund and Hans von Spakovsky have a new book out about the reality of voter fraud. See the review of it the Washington Examiner:

It used to be that the media were obsessed with voter fraud and messy elections.

As recently as 1999, Pulitzer Prizes were handed out to newspapers that dug into rigged elections and wrongly elected candidates.https://t.co/B7ty3QOTMB 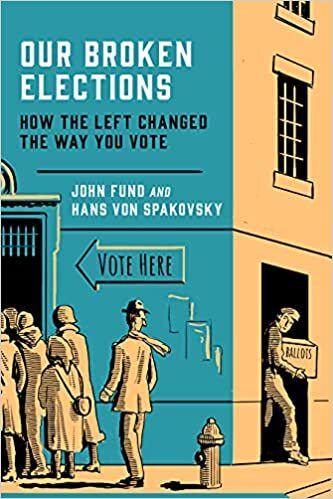 Hans von Spakovsky and John Fund have teamed to write an emotionless history of voter fraud, filled with recent examples, especially in the 2020 election, and based on the Heritage Foundation’s election fraud database.

In Our Broken Elections: How the Left Changed the Way You Vote, the duo with three decades of voting study between them highlighted the 1,334 cases of fraud and 1,147 criminal convictions Heritage has collected dating to the 1982 conviction of 63 involved in a scheme to stuff 100,000 extra ballots in an Illinois gubernatorial primary.

Fast-forward to 2020: They detailed the allegations of how Facebook’s Mark Zuckerberg spent millions on election tricks in mostly Democratic areas to help Biden and how his money is to be used in 2022 to skew elections.

In between, they pointed to politicians, including Biden, who used to decry the types of election “reforms” Democrats and the media are now championing, such as eliminating voter identification.

“They have pushed the false narrative that there is no fraud in our elections or that it is so minimal that we should not be concerned about it. They have also, with their willing allies in the media, falsely labeled any efforts to implement needed reform as ‘voter suppression,’" Fund and von Spakovsky wrote.

“It is hard to see their intent as anything other than to make it easy to cheat and manipulate election results and to do so without getting caught or prosecuted,” they added.