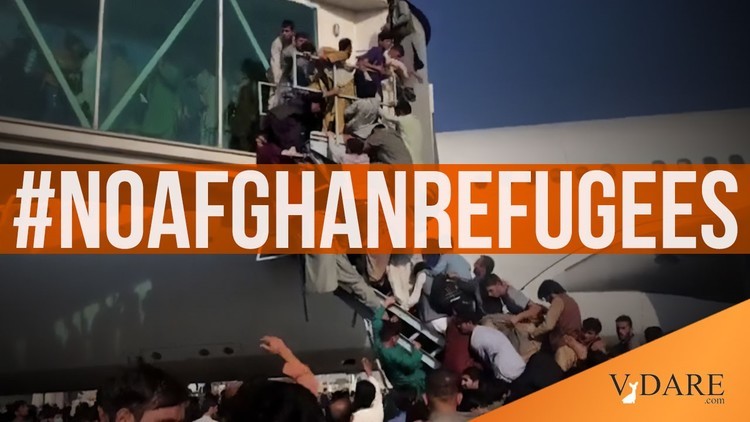 A couple of months ago, James Thompson summarized a vastly informative new Dutch study of the net taxes minus expenditure contributions (detriments) by type of immigrant to the Netherlands (a translation into English begins on p. 19):

Western governments have rarely carried out large scale and detailed analyses of the benefits and costs of immigration with country-of-origin comparisons. Even now, it is hard to obtain good quality data on immigrants from different countries. For some host countries, even carrying out such analyses was deemed unseemly: immigration was seen as a fundamentally good policy, which should not be questioned. …

Only studies which do the accounts over the entire lifetime (i.e. from the moment of birth or immigration to the moment of death or repatriation) give a full picture, in that young people become old, and require more services later in life. Many studies are often restricted to those coming specifically to work in the host country, and don’t include students and asylum seekers. …

In contrast to these generally positive claims, albeit they admit some shortcomings, it is a welcome surprise to find that researchers in one country have been able to gather extensive official data from Statistics Netherlands which allows costs and benefits to be studied carefully in the long term, with results tabulated according to reasons for immigration, and by country of origin.

Immigration from non-Western regions is usually unfavourable for public finances. This applies especially to the areas of origin Caribbean, West-Asia, Turkey and North, Central and West Africa with net costs ranging from €200,000 to €400,000 per immigrant, and Morocco, the Horn of Africa and Sudan with net cost of €550,000 to €600.000 per immigrant. By way of comparison: an average Dutch native is roughly ‘budget-neutral over’ his or her life. Nothing was broken out for Afghan asylum seekers, but asylum seekers from the Horn of Africa, which isn’t all that culturally dissimilar to Afghanistan, appeared to be the single most costly individuals at at least 600,000 Euros more taxes paid out than paid in.

Looking into it more, the study lumps Afghans in with Iranians, Iraqis, and Syrians and finds that group to have the second worst “support ratio:” It is striking that regions where many asylum migrants come from score relatively poorly compared to [those] from surrounding regions. Among European immigrants, people from the former Yugoslavia (–€35,000) and the former Soviet Union (–€55,000) rely on a relatively large amount of the assistance. In terms of origin in Asia, this is the case for the region of Afghanistan, Iran, Syria and Iraq (– € 120,000) which is an important area of ​​origin for asylum migrants. Immigrants from the Hoorn [sic] region of Africa and Sudan – also an important source of asylum – do for the largest amount an appeal to social assistance (–€165,000).

The authors then turn to the crucial matter of second-generation outcomes. Clearly, if everything goes well in the second generation, first-generation costs may seem worthwhile. Here are the main findings:

For only a limited number of countries and regions is the second generation as well or better integrated than natives. On a scale on which the natives are 100% integrated, some immigrants are even more successful. These are mainly the Scandinavian countries and Switzerland (110%) and some East Asian countries, notably Japan (128%), China (115%) and the Asian Tigers (South Korea, Hong Kong, Taiwan and Singapore, 104%).

Immigrants that make on average a significantly negative contribution to Dutch public finances are mainly those who exercise the right to asylum, especially if they come from Africa and the Middle East. The latest UN population forecast shows that the total population in these areas will increase from 1.6 billion to 4.7 billion by the end of this century. It is not implausible that the migration potential will at least keep pace. Migration pressure, in particular on the welfare states in North-Western Europe, will therefore increase to an unprecedented degree. This raises the question of whether maintaining the open-ended arrangement enshrined in the existing legal framework is a realistic option under these circumstances….

It is astounding that there are few comparable publications on detailed national data, given that immigration is, de facto, a major policy in the West. If anyone seriously argues that these results are specific to the Netherlands, then they should back up their claim by referencing studies of commensurate quality and detail drawn from several other nations.

In contrast, the cost of putting up Afghan refugees in Pakistan’s culturally compatible Northwest Territories is vastly lower, as we saw in the 1980s when millions were accommodated there.