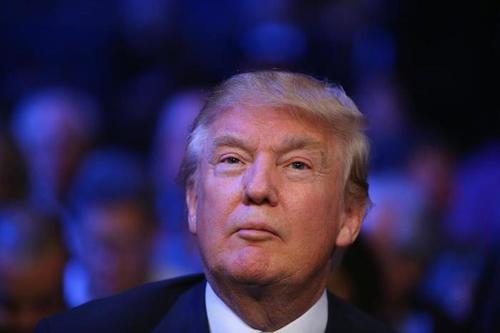 No Getting Around It—Trump Stumped Himself In Debate

Donald Trump started off strong in the CNBC debate. He annihilated John Kasich when Kasich tried to attack Carson and Trump, crashing Kasich's campaign with no survivors. [Debate Full Transcript]

Trump did what Carson himself couldn't do, defending the two top GOP frontrunners by pointing out Kasich's record with the failed financial firm Lehman Brothers and sarcastically noting how Kasich turned negative as his poll numbers fell. Trump also did well on guns and other issues that came up, steamrolling the moderators on questions about his bankruptcy and tax plan. It was also savvy as he summoned Kudlow as a supporter on taxes.

Absent one segment, he clearly would have put Carson on the defensive and secured an indomitable spot at the top of the GOP field. He is clearly growing more formidable as a candidate.

But all that pales before the first major mistake Trump has made in the campaign, which notably resulted from the first time Trump showed weakness. When pressed on immigration, Trump fell back on the cliched rhetoric about letting in immigrants legally and even backed away from attacking the noxious Mark Zuckerburg.

In Trump's own immigration plan, he slammed Marco Rubio as Mark Zuckerberg's "personal Senator." In the debate, he denied saying it, suggesting he is not familiar with his own immigration plan. Granted he didn't say it in a speech, but saying it on your campaign plan clearly counts as "saying it." His unfamiliarity with his plan allowed Rubio, absurdly, to pose as a restrictionist on H1-B visas. Indeed, laughter could be heard when Trump's own plan was identified as the source of the "personal Senator" quote.

Trump's entire appeal is strength and not backing down in the face of attacks. Tonight, it appears he backed down on immigration. It is especially unforgivable because literally all he had to do was stick to his stated positions.

Trump is actually becoming a better politician. But he had better not lose sight of what got him to this point. And for the first time, he has given supporters reason to question his resolve.