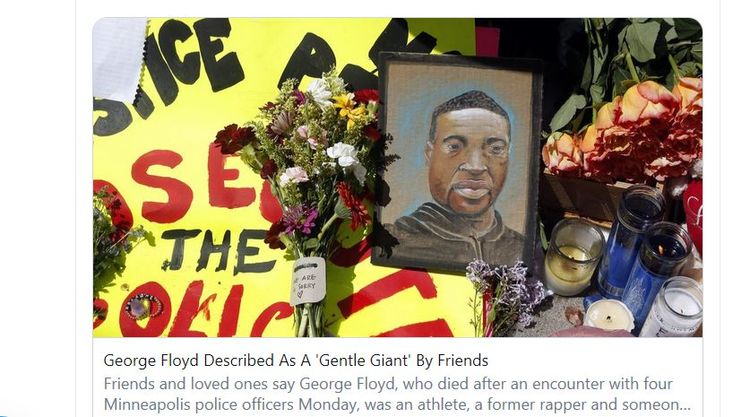 In case anyone is wondering, George Floyd, who repeatedly resisted arrest and did not die of asphyxia or strangulation after a cop pinned him to the ground in now-burning Minneapolis, Minn., was a gentle giant.

Friends describe him as a "gentle giant" — he was 6 feet, 7 inches — who grew up in Houston's Third Ward, a center of the city's African American community. A vigil was held this week at Houston's Emancipation Park, in the neighborhood where Floyd grew up.

The keyboard of every MSM journalist in the country has a dedicated function button that, when pressed, spits out a "gentle giant" story when a white cop kills a black thug, or a black thug is arrested for raping and/or killing a white girl.