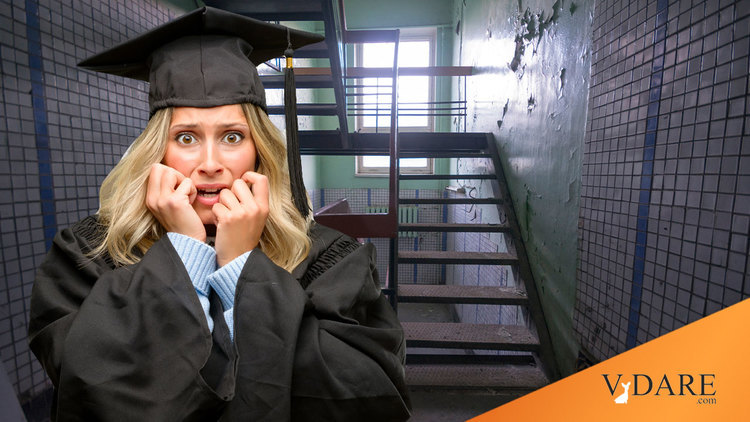 As we all know, the Campus Rape Crisis is one of the gravest problems of our age. Fortunately, the New York Times Editorial Board has come up with a surefire solution:

Americans who have criminal histories are often stymied when they encounter college entry applications that ask if they have ever been convicted of crimes. The process, which often brings greater scrutiny to people who answer “yes,” is driving away large numbers of people who present no danger to campus safety and are capable of succeeding academically.

Heightened concern on campuses about criminal records can be traced in part to the 1986 murder of Jeanne Clery, a 19-year-old who was killed in her dormitory at Lehigh University. The killer did not have a criminal conviction record. Congress responded by passing the Clery Act in 1990, requiring schools to publicly report violence on campus.

The practice of collecting criminal history information on applications became common a decade ago, after questions about an applicant’s criminal convictions were added in 2006 to the Common Application, now used by nearly 500 colleges. …

The study notes that “the power of label and stigma, which shapes the life experiences of people with criminal history records in 21st-century America, discourages many from trying to push open doors that seem locked tight.” It calls on the State University of New York and all colleges to exclude the criminal history question from applications and end the use of that information in admissions decisions.

Society needs to stop asking college applicants about their criminal convictions and cut to the heart of the cause of the Campus Rape Crisis. All college applications should instead ask:

Is your name Haven Monahan?