‘The Social Contract Is Broken’: Inequality Becomes Deadly in Mexico

MONTERREY, Mexico — Viewed from above, greater Monterrey, with its corporate headquarters and golf resorts, appears as one city stretching between the mountains that surround it.

Closer up, though, it becomes clear that invisible walls enclose Monterrey’s wealthy core, creating a dividing line between its four million residents. For the people within those invisible walls, government is responsive and crime low. Those outside face rising murder rates, corruption and, activists say, police brutality. …

As Mexico descends into its most violent year on record and the state proves incapable of responding, those with resources are taking matters into their own hands. Landowners, businesses and the rich are buying security by means legal and not.

Any social compact is built in part on the agreement that security is a public good, shared and maintained by all. As Mexico’s rich effectively withdraw, the implicit arrangements that hold society together are breaking down.

One question I can’t answer is whether anything much is actually changing in Mexico. Newspapers like to phrase everything as a Trend, but often the most valuable articles are about enduring differences. 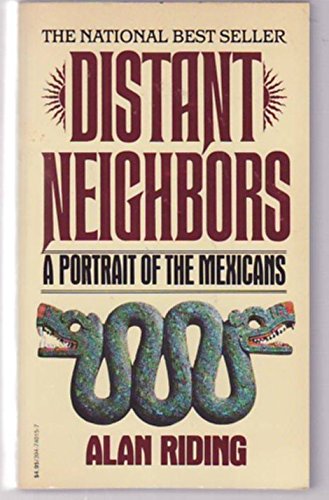 On the other hand, my impression is that I don’t remember seeing machine guns on trips to Mexico in the 1960s through the 1980s, but when I visited again in 1996, there seemed to be security guards with AK-47s all over the place.

I suspect Mexico got scarier during the Salinas Administration (1988-1994), which did the NAFTA deal with the elder Bush Administration. At some point, Mexico took over from Colombia as the chief shipper of drugs into the United States. The death of Pablo Escobar in Colombia in December 1993 seems like a reasonable milestone in dating when Mexico becoming a narco state.

One interesting question I’ve seldom seen addressed is whether there was any connection between Mexico taking over the cocaine business and the warmer American-Mexico relations between Bush and Salinas. George H.W. Bush had long done oil business in Mexico using a frontman to get around the statutory prohibition on gringos in Mexico’s oil business. My impression is that the main goal of the Bushes, from George H.W. to Jeb, was to cut down the barriers separating business in America and Mexico.

The timeline of events during the Salinas years is lurid but incoherent: e.g., a cardinal is murdered at the airport, the ruling party’s candidate to succeed Salinas is murdered, the chairman of the ruling party, who used to be Salinas’s brother-in-law is murdered.

Though the effects are subtle, they are everywhere. The rise of vigilantism, criminal impunity, police corruption and state weakness can all be traced in part to this growing security inequality.

In Juárez, neighbors would once come together against common challenges like crime or a corrupt police officer, but now, Mr. Salas said, “there is a culture of not participating, of not caring, of silence.”

As the war on drugs fractured large cartels in recent years, smaller and more predatory groups rose in their place. Extortions and kidnappings spiked, targeting not just businesses and the rich but also middle-class workers.

In response, those who could afford it enlisted private security to do what the state could not.

Between 2013 and 2015, the number of private security companies nearly tripled, according to government statistics. Industry analysts believe the real number, including unregistered firms, may be several times higher.

The shift may be worsening Mexico’s notoriously ineffective justice system, which secures convictions for only a tiny fraction of crimes. Armed guards can prevent a murder but they cannot investigate one, much less roll up a local cartel.

Riding’s 1986 book described a chaos of overlapping police agencies, with something like an average of five different police departments theoretically responsible for the typical neighborhood, and sergeants auctioning off the really lucrative corners, where flatfoots were allowed to take down the traffic signs to gin up more business. So 1986 was more nominally statist than 2017: most guys working in security back then were nominally on the public payroll. But the reality was that a policeman’s wages were too low then to support your family unless you undertook to augment them entrepreneurially.

Riding estimated that some ridiculous fraction of working class Mexican men, such as 20%, had been cops at one point or another in their lives. Every cop is a criminal and all the sinners saints. Life in Mexico sounded like the opening of Borges’ “The Lottery in Babylon:”

Like all the men of Babylon, I have been proconsul; like all, I have been a slave. I have known omnipotence, ignominy, imprisonment.