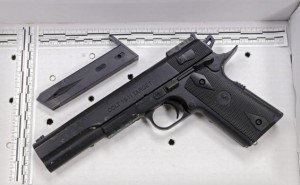 According to The Associated Press,

"A retired FBI agent and a Denver prosecutor both found that the rookie patrolman who shot Tamir moments after pulling up beside him exercised a reasonable use of force because he had reason to perceive the boy — described in a 911 call as man waving and pointing a gun — as a serious threat."

The report prepared by retired FBI agent Kimberly A. Crawford concluded that Loehmann's use of force did not violate Tamir's constitutional rights, saying the only facts relevant to such a determination are those the patrolman had at the time he fired his weapon.

Loehmann, she wrote, "had no information to suggest the weapon was anything but a real handgun, and the speed with which the confrontation progressed would not give the officer time to focus on the weapon."

"It is my conclusion that Officer Loehmann's use of deadly force falls within the realm of reasonableness under the dictates of the Fourth Amendment," Crawford wrote, though she noted she was not issuing an opinion as to whether Loehmann violated Ohio law or department policy.

Lamar Sims, the chief deputy district attorney in Denver, also concluded that Loehmann's actions were reasonable based on statements from witnesses and the reconstruction.

Sims said the officers had no idea if the pellet gun was a real gun when they arrived, and that Loehmann was in a position of great peril because he was within feet of Tamir as the boy approached the cruiser and reached toward his waistband.

"The officers did not create the violent situation," Sims wrote. "They were responding to a situation fraught with the potential for violence to citizens." Reports: Officer's shooting of boy with pellet gun justified, by Mitch Stacy, October 11, 2015

Naturally, the Rice family's attorney says the prosecutor wants to duck responsibility for the shooting (these are reports from experts retained by the prosecution, not the defense):

Subodh Chandra, a lawyer for the Rice family, said the release of the reports shows the prosecutor is avoiding accountability, which is what the family seeks.

"It is now obvious that the prosecutor's office has been on a 12-month quest to avoid providing that accountability," he said. He added that the prosecutor's office didn't provide his office or the Rice family with the details from the reports. He also questioned the timing of the release, at 8 p.m. Saturday on the Columbus Day holiday weekend. ...

Chandra ... says the experts "dodge the simple fact that the officers rushed Tamir and shot him immediately without assessing the situation in the least. Reasonable jurors could find that conduct unreasonable. But they will never get the chance because the prosecutor is working diligently to ensure that there is no indictment and no accountability."

One reason Rice was shot? "The pellet gun Tamir was holding shoots non-lethal plastic projectiles but its orange markings had been removed." 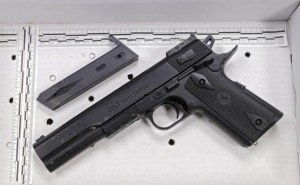 AP didn't divulge this crucial fact until the story's last line, but it's there nonetheless.