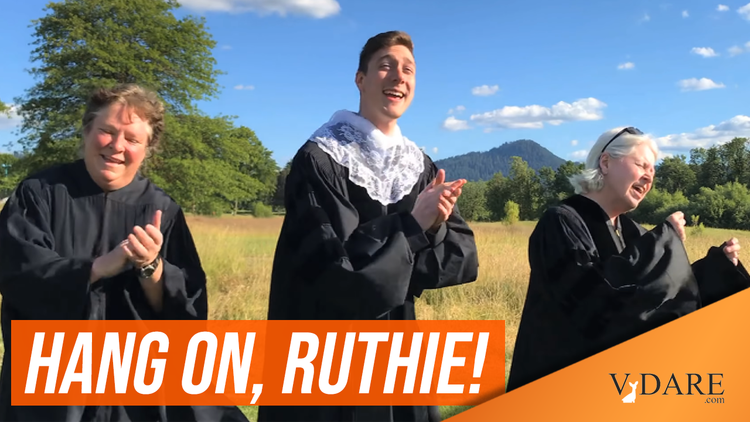 From the NYT criticism section:

The Fandom Around R.B.G. Is Out of Step With Reality

Now that the Trump era has been met by a true activist movement with the sustained protests of Black Lives Matter, the Ginsburg memes hit like relics. In 2016, Ginsburg was asked about Colin Kaepernick’s kneeling during the national anthem, and she called it “disrespectful” and “really dumb.” She later apologized, admitting that she had been “barely aware of the incident or its purpose.” Today the symbol of progressive change looks not like a justice in a chic dissent collar but a regular person for whom justice was not served. It looks like Breonna Taylor or George Floyd. It looks like a movement staged not in the halls of power but on the streets.

To sum up Amanda Hess’s logic, the problem with celebrating Ruth Bader Ginsburg is because it takes time away from celebrating George Floyd or Breonna Taylor, who are not white.