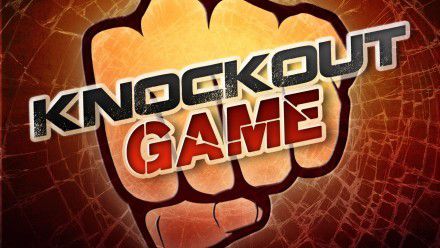 SLATE: The Knockout Game Trend Is A Myth—Because Sometimes Attackers Are TOO MANY TO COUNT

Sorry, Right-Wing Media: The "Knockout Game" Trend Is a Myth.

I remember the summer of 2011, a story about a crowd of teenagers at the Wisconsin State Fair randomly attacking fairgoers went viral as a sign of a burgeoning race war. The Milwaukee Journal Sentinel fanned the flames, calling the teenagers "rampaging youths" who caused "mob-like disturbances":

"Then around the closing time of 11 p.m., witnesses told the Journal Sentinel, dozens to hundreds of black youths attacked white people as they left the fair, punching and kicking people and shaking and pounding on their vehicles."

"Dozens to hundreds"? When witnesses can't differentiate between 24 and 100, should we really rely on them to speculate whether a crime was racially motivated?

In other words when the number of attackers is too many to count, we shouldn't listen to the victims and other witnesses. What do they know? Are you going to trust people with concussions? They're just wimps who got beat up. They're losers with memory loss. They probably had it coming.

One of the reasons the story gained so much traction could have stemmed from the fact that Milwaukee is the most segregated city in the country, and it validated white residents' fear that their black neighbors are dangerous.

Now, the false trend story of black mob violence has cropped up again, as it seems to do annually, in conservative media outlets. (McKay Coppins wrote about this phenomenon in BuzzFeed last year.) The new scare is the "knockout game," in which black youths supposedly attack innocent people just for fun.

It's a respectable story now, finally, because it recently happened to some New York City Jews, and Jewish leaders are allowed to complain about hate crimes against their people.

Conservative pundits decry the MSM for suffering from political correctness and whitewashing crimes perpetrated by black people, but a more reasonable explanation for why most media outlets aren't devoting round-the-clock coverage to the knockout game is that—sorry, Sean Hannity—there is no hard data showing that it's a trend.

An important clarification: the game definitely exists, and has been around for at least a couple of years.

It's not news if it's not a trend. If an earthquake levels San Francisco tomorrow, we shouldn't cover that because that's not a story because it's not a trend. Earthquakes are just something random that happens. They aren't increasing so you shouldn't notice them.

I'm not claiming the game doesn't exist. But the idea that it's reached epidemic levels, or that it's only being played by young black people, is a fallacy. As Alan Noble convincingly writes, "Analyzing data is not as simple as watching some YouTube videos and Googling 'knockout game.'" And when it comes to the knockout game's supposed popularity, the data is almost entirely anecdotal:

Here’s the fascinating thing about this “spreading” trend: nobody seems to have any evidence that it’s spreading, or that it’s new, or that it’s racially motivated, or that black youths are the ones typically responsible, or that whites are typically targeted. This hasn’t stopped Mark Steyn, Thomas Sowell, and Matt Walsh from describing this specifically as a crime committed by blacks against whites, CNN from claiming that it is “spreading,” or Alec Torres at NRO from say it is “evidently increasing [in] popularity.”

This is precisely the type of story meant to animate the deepest recesses of our lizard brains—"Danger lurks around every corner! Identify your enemy!" At the epicenter of this narrative is Colin Flaherty, a writer for WorldNetDaily who probably has a Google alert set up for "black suspect." He's made it his life's work to report any single crime perpetrated by a black person in the U.S. against a white person. In a recent blog post, he lists as evidence six separate crimes in Philadelphia over the course of two years, which share nothing in similarity except for the fact that they involved black people.

Imagine if another national "journalist" started doing the same for, say, any crime committed in Alabama, or any arson charge in the country. People would start to think Alabama was going through a crime epidemic, or that arson was becoming all the rage with criminals.

Like the white-racists-are-burning-down-black-churches-in-Alabama quasi-hoax that was a huge respectable story in the 1990s? (What happened then was this: there are a lot of churches in America, many of them closed most of the week, more than a few of them more or less abandoned. And every year hundreds of churches across the country catch fire, more than a few due to arson. Whether this arson is for more for functional reasons [e.g., nobody around most of the time], or because churches attract firebugs for psychological reasons [flames of hell?], or because some financially failing ministers unleash a little Protestant Lightning to collect fire insurance, is unknown. What happened was that the national media started paying selective attention to black churches being subject to arson, and soon we had an national crisis on our hands.)

Kind of like that black gay mayoral candidate in Mississippi who was dragged and set on fire by the homophobic white male Southern Republican Christian power structure.

That would be ridiculous, because it's ridiculous to assume that a few unrelated counts of arson make arson an epidemic. But when you inject race into the equation, it conveniently aligns with the assumptions of people who happen to be racist. That's the sort of twisted logic that justifies why more than half of the U.S. prison population is made up by black and Hispanic people, even though they comprise a quarter of the total population.

Crime happens to every type of person, and is perpetrated by every type of person. What makes the false narrative of the knockout game—or any "black mob violence" story—crop up every year is the fact that some people will always believe the color of someone's skin predisposes him to commit a crime. When a few YouTube videos are able to convince terrified white folks that young black people are dangerous, they may as well assume that all cats can play the keyboard.

Seriously, as I've been pointing out for several years, the spread of video recording technology is having multiple effects on crime and our perceptions of crime.

It encourages some idiots to commit more crimes so they can post them on World Star Hip Hop for their idiot friends to watch.

But the Surveillance Society also works to discourage crimes. Recall the 2011 bus shooting in Philadelphia that was recorded on multiple high definition video cameras newly installed. The half dozen or so perps are readily distinguishable. In the long run, that level of surveillance ought to discourage crime as the lesson sinks in that you can't intimidate video cameras into not testifying against you in court.

But mostly, the spread of video just makes it harder for the media to limit our awareness of what really goes on in our country.

The overarching trend is that the spread of readily accessible information increasingly converts the prestige press into Gatekeepers who see their job as preventing the public from engaging in acts of pattern recognition.