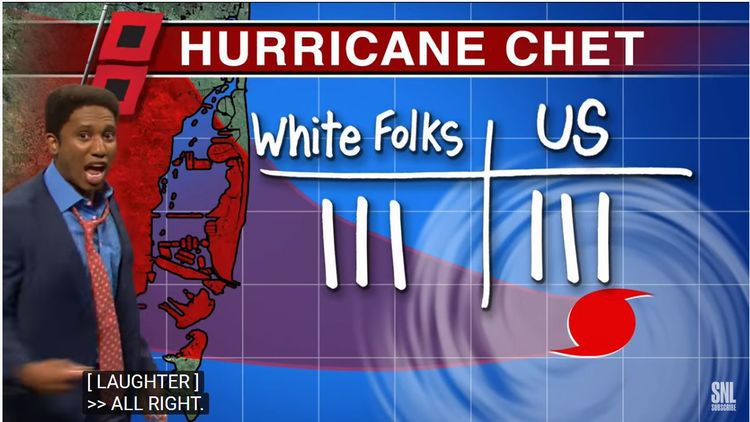 In this skit, white and black anchors doing the Midday News engage in competitive Noticing what race local criminals are. (This is started by the black anchors, of course.) The white people start, for comic effect, to display consciousness of race, exulting when something embarrassing to blacks comes up. The blacks win in the end—because the sketch writer doesn't want to get Cancelled.

In real life, of course, everyone white on the team would be fired, as would the station manager. 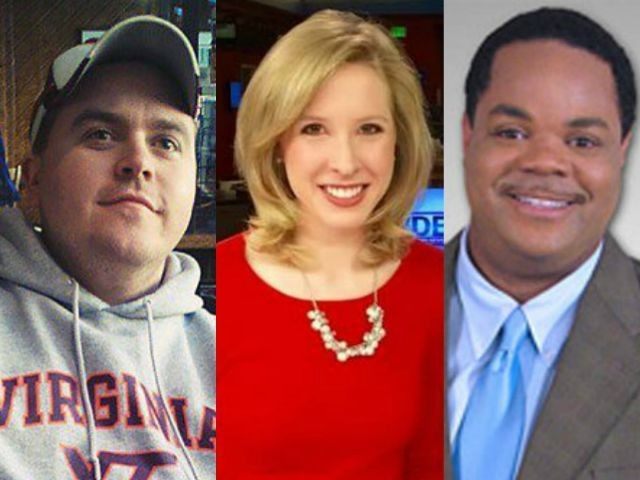 Another point: The actual disparity in crime rates is such that, even counting "white" hurricanes, blacks will always lose this game if all local crime is considered "fit to print." For example, a black is six times more likely to commit murder than a non-black, and in in California blacks were more than 13 times more likely than whites to be arrested for robbery—see The Color of Crime, 2016 Revised Edition. And as far as white collar crime ("It's right there in the name!") is concerned, John Derbyshire pointed out 18 years ago, in the pages of National Review (!) that "It is not generally appreciated that black Americans commit higher levels not only of 'street crime,' but also of white-collar crime."

Transcript, with some links added.

White Lady Anchor: All right, welcome back to WAMU midday news. Coming up, the mayor's office announced a bold new plan to revamp the city's infrastructure.

Black Lady Anchor: And it's about time. But first, yet another gas station has fallen prey to an armed robbery. A Shell station in the 4000 block of Pulaski highway was robbed around 11:45 a.m. This morning making that a total of seven gas stations to be attacked in the last week.

White Lady Anchor: And we're told the suspect remains at large. But authorities believe that they now have a credible description of the perp. The suspect described as a white male…

White Lady Anchor: Sorry, what are you two celebrating?

Black Male Anchor: Oh, nothing. We're just glad that we know what the criminal looks like. [Laughter] and he ain't one of us. You know what I’m talking about?

White Lady Anchor: —was last spotted fleeing the scene on foot. So anyone with information is asked to contact the MPD immediately.

White Male Anchor: In other news, a Ponzi scheme has shaken some of Miami’s wealthiest residents.

Black Lady Anchor: Okay, that's one of y'all's for sure. [Laughter]

Black Lady Anchor: It's right there in the name.

White Male Anchor: Smith is said to have been operating a multi-billion-dollar Ponzi scheme.

White Male Anchor: He was arrested this morning in Boca Raton…and look at that. He's black. [Laughter] 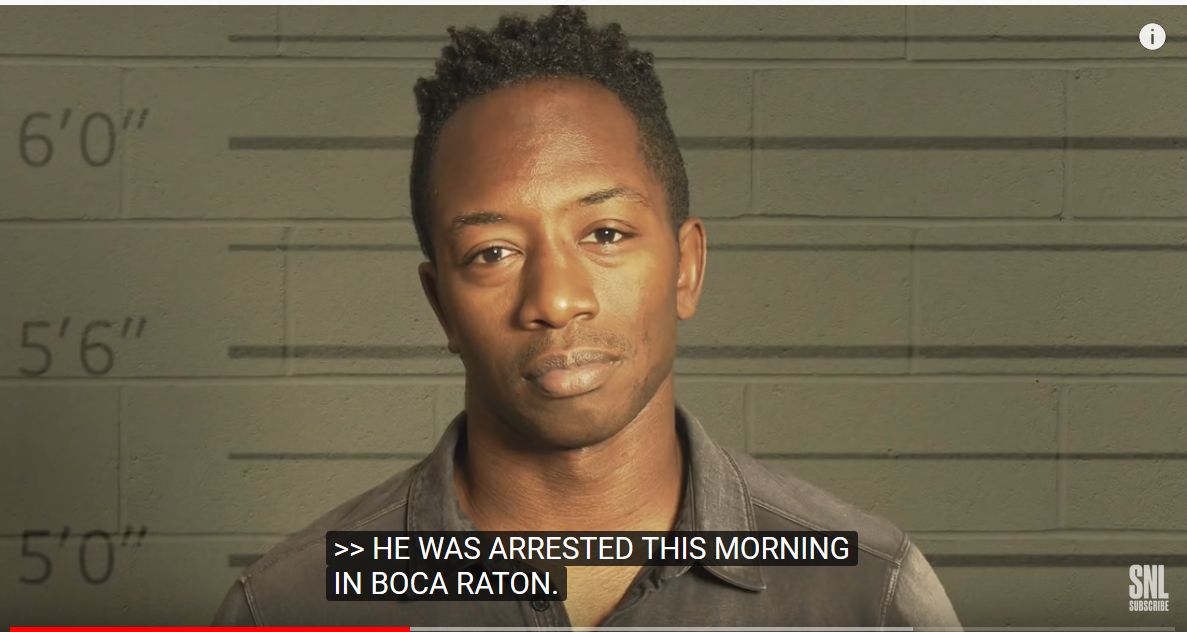 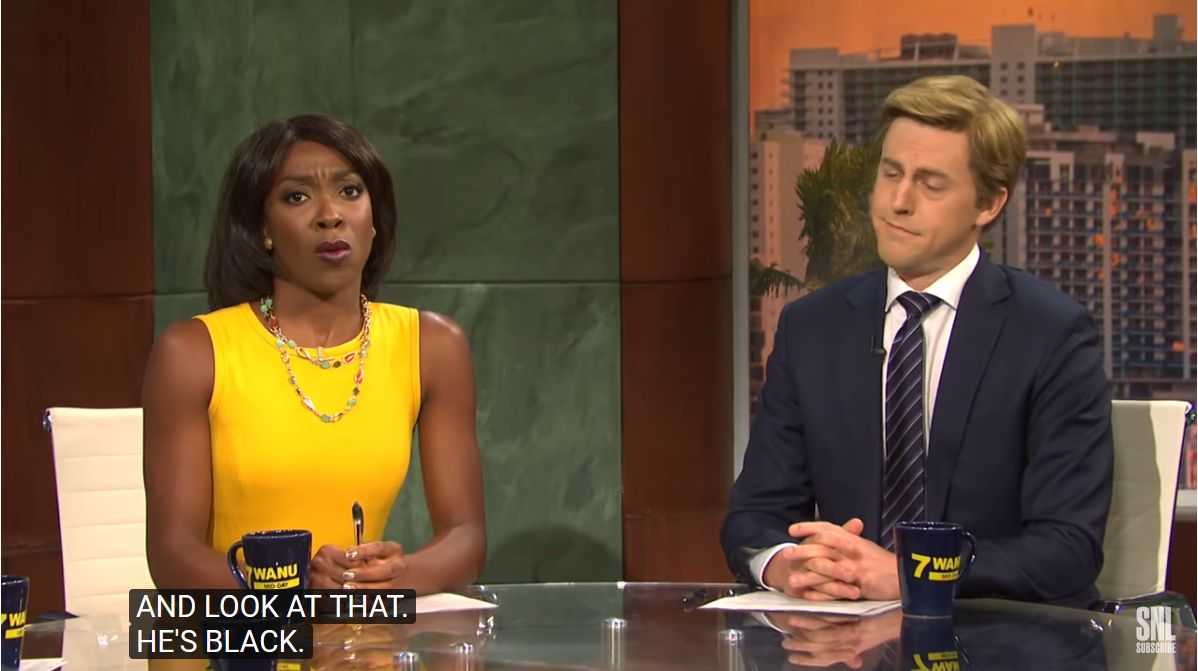 Black Male Anchor: Okay, so I guess we tied. [Laughter] One of ours for one of yours.

White Lady Anchor: (In very White Lady tone of voice) This is ridiculous. No one's keeping score. Okay. We have an update on that tropical storm we've been tracking. Let's hear from WAMU weatherman Dennis Jones. Dennis?

Black Weatherman: Thanks, Pam. We've been previously calling a tropical storm. It's now upgraded to a category hurricane, as you see here, destroying everything in its path with incredible high winds. We're calling this one Hurricane Chet. And that's a white man's name if I ever heard one.

Black Weatherman: That makes two of y'all, one of us. We in the lead, back in the game! Gang gang. Gang gang. [Laughter]

White Lady Anchor: No way. That does not count. Hurricanes aren’t white.

White Male Anchor: Can we move on from this petty game, please?

Black Male Anchor: Because y'all losing. Oh, how convenient.

White Male Anchor: Let's just get back to the news. A Fort Lauderdale man was apprehended outside of a—Cracker Barrel.

Black Lady Anchor:  You know only white people got that kind of time.

Black Lady Anchor:  Not looking too good for y'all today.

Black Male Anchor: In other news, a shopper was apprehended by security at oceanside mall for assaulting a man [Ruefully] who stepped on his Air Jordans. [Laughter]

Black Male Anchor: Damn. I knew it. I knew it as soon as I saw it.

White Lady Anchor: Right. Okay. And how about this one? A local woman attacked a cashier at a nail shop after they refused to take her welfare card.

White Lady Anchor: Police say they're looking for a 19-year-old white—damn it! [Laughter]

White Male Anchor: Okay. Okay, we'll get that back. All right police—police say a Latino man—

Black Lady Anchor: How about this? How about a man on a rock climbing trip was mauled by a bison for the second time in three months. See, y'all don't learn. Y'all don't like to learn.

Black Lady Anchor: The family of the man now identified as Laquan Jenkins…

Black Lady Anchor: Baby, what is you doing? What an upset.

White Lady Anchor: All right. Next one takes this. A man dressed as the Joker—damn it! [Laughter]