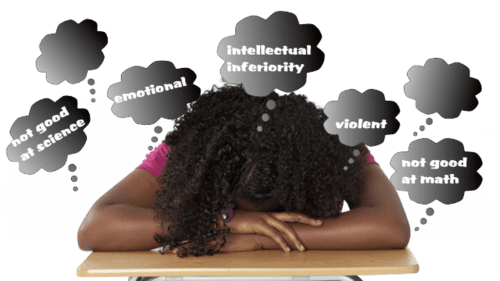 The Continuing Misadventures Of Stereotype Threat

Since the 1990s, “stereotype threat”—the assertion that the reason politically privileged groups score worse on high stakes tests is because they perversely make themselves live down to pernicious stereotypes—has been far more popular than vindicated by evidence from low stakes tests. It’s easy to get papers upholding stereotype threat published, while the many failed replications tend to be tossed into the circular file.

From Personality and Social Psychology Bulletin in 2018: From Personality and Social Psychology Bulletin in 2020:

The editor and the authors agreed to retract the following article:

This article is being retracted at the request of all of the authors. The first author of the paper, Abdiel J. Flores, contacted the journal on his own initiative to inform it that he falsified data in the paper. He altered specific data values in Figures 1 and 2 and associated analyses that resulted in incorrect and misleading results on the effects of SES identity threat on cardiovascular challenge/threat reactivity and on mathematics performance. Because this data manipulation invalidates the findings, the entire article is being retracted. Mr. Flores informed the journal that he takes full responsibility for alteration of data; none of the co-authors participated in or had knowledge of the first author’s actions. Mr. Flores self-reported this matter to his institution, Columbia University, which is handling it in accordance with institutional policy and procedure.