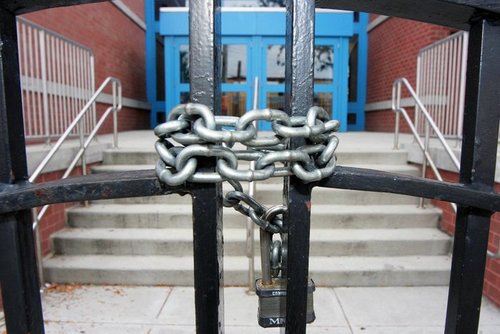 The Eternal Recurrence Of The "Bad Schools" Story

Back in the heyday of children’s weekly comics it was said that the publishers recycled the stories every few years, confident that kids who read the first instantiation of a story would have grown up and stopped reading the comics by the time the second came round.

It sometimes seems that grown-up newspapers work on the same principle.

Here is an editorial from last Sunday’s New York Post:

Good news: The number of city schools the state deems “persistently dangerous” fell from 39 last year to 27 this year.

Bad news: That’s at least 27 schools where kids aren’t safe — four of which were on last year’s list.

We say “at least” because it’s an open secret that school staff play even more games with safety stats than they do with grades, test scores and graduation “requirements.”

By federal law, parents can transfer children out of any school on the danger list.

Funny: When the government finds a bridge is dangerous, it closes the thing down.

This is how low the nation’s expectations for public schools have fallen—and how much failure America tolerates.

It’s one thing to throw up your hands at academic failure. It’s another to just shrug at danger in the halls.

Stopping kids from assaulting each other, after all, is only a matter of will.

The will to set a zero-tolerance school-discipline code, and enforce it. The will to insist that teachers play their part. The will to expel truly bad kids (which requires the will to admit that some kids are truly bad).

It’s not so much a question of will, more a question of having the Justice Department come down on you like a ton of bricks for "discriminatory" disciplining.

The “persistently dangerous” problem hits home especially hard for four dozen Upper West Side families who’ve been told there’s no room for their kids to start Kindergarten at PS 199, the local school.

Instead, as Sunday’s Post reported, the city Department of Education told the parents their children would attend PS 191. That school’s nearby — but it just made the “dangerous” list, after running up 97 “violent and disruptive” incidents in the last school year.

That includes four sex offenses, 12 assaults that caused physical injury (four with weapons) and 10 “bullying” cases — eight of which involved weapons. At a primary school.

To save you the trouble of looking them up, here are the percentages of Ice People (whites and Asians) and Sun People (blacks and Hispanics) at the two schools, from GreatSchools.net:

In some ways, the “dangerous” label is a blessing, because the DOE must now offer those parents another choice. They were already up in arms because (around) 80 percent of kids at PS 199 pass Common Core exams; at PS 191, it’s about 12 percent.

That low level of achievement is what you’d expect at a school where children and teachers spend the schoolday in fear.

Uh, actually that low level of achievement is what you’d expect at a school where …  Aaah, never mind.

The real tragedy here is that hundreds of kids will still attend PS 191 next year. Some will be the kind of kids at the heart of the violence—but others will be children who could make something of their lives, if the system gave them a real chance.

If you really want to do something about the “two New Yorks,” Mr. Mayor, wouldn’t this be a good place to start? [Living with unsafe schools—New York’s shame, and the nation’s by the Editorial Board, New York Post, August 16,  2015.]

That's the editorial from last Sunday.  When I read it, the names of the two public schools quoted rang a distant bell.  Didn’t I write about those same schools years ago in some context?

Ice People liberals are no more keen for their kids to attend majority-Sun People schools than are their conservative neighbors.  There was a very neat illustration of this fact on the Upper West Side on Manhattan in November 2008.

The Upper West Side is a tony area, with condo apartments selling at around a million bucks each. The inhabitants are media, cultural, and academic types—high IQ, well-educated, and prosperous, liberal as all get out, New York Times readers to a man and a woman. Well, New York City’s education department wanted to make some adjustments to school district boundaries in Manhattan. You see, a lot of these people bought those million dollar condos so that their kids could attend P.S. 199 on West 70th street. It’s a really good elementary school with great test results. If the proposed rezoning were to go through, though, their kids would have had to attend P.S. 191 at West 61st and Amsterdam Avenue. That’s a lousy school with dismal test results.

Naturally these liberal, progressive, Obama-voting parents were furious. But what exactly was it about P.S. 191 that made it compare so poorly with P.S. 199 in these parents’ eyes? Why did they think it’s a bad school? Why didn’t they want their kids to go there? What, actually, is the definition of the term “bad school”? What makes a bad school bad?  Not to keep you in suspense, gentle reader, but I looked up the student stats for the two schools on the GreatSchools.net website at the time. For P.S. 199, the good school those parents shelled out a million bucks for:  Ice People 80 percent, Sun People 19 percent. For the school our progressive post-racial liberal citizens angrily did not want their kids to go to:  Ice People 12 percent, Sun People 88 percent.  [We Are Doomed (2009), Chapter 6.]

Given that the major urban trend of our time is the ethnic cleansing of Sun People out of metropolitan cores into unlucky suburbs like Ferguson, Missouri, so that mostly-Ice People gentry can reclaim the cities, I would have expected less Sunniness all round.

New York City makes its own rules, though.  Possibly there’s something going on here I haven’t allowed for.