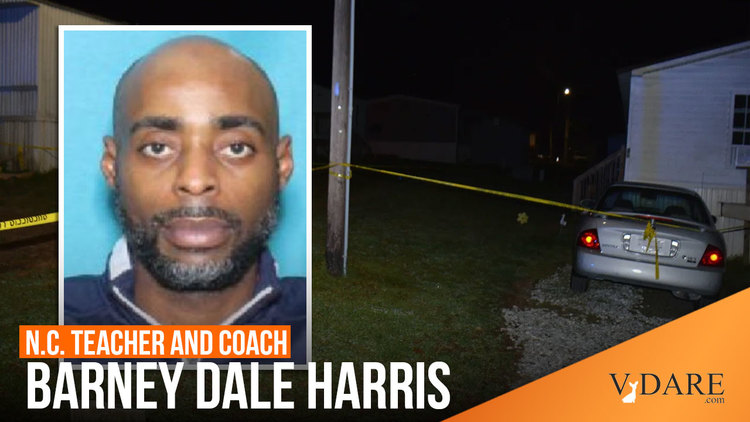 Earlier this month, North Carolina witnessed an incident that belonged in an episode of Breaking Bad.

A high school basketball coach at a North Carolina charter school teamed up with his brother-in-law to rob a “stash house” that belonged to a young member of the Jalisco New Generation Cartel (CJNG), one of Mexico’s deadliest crime syndicates. And boy, did this incident get explosive.

According to NBC News, the encounter turned deadly real quick.

A teacher and basketball coach at a North Carolina school was killed in a shooting after trying to rob the home of an Mexican drug cartel member, authorities said Wednesday.

Barney Dale Harris and his brother-in-law, Steven Alexander Stewart Jr., were accused of robbing an alleged "stash house" last Thursday belonging to a member of the Jalisco New Generation cartel, one of the world's most powerful drug trafficking organizations, Alamance County Sheriff Terry Johnson said at a news conference.

Investigators determined Harris and Stewart broke into the mobile home of Alonso Beltran Lara and waited for him to come back, according to the sheriff. When the man returned home, a shooting broke out that resulted in the deaths of Harris and Lara, Johnson said.

Deputies responded around 1 a.m. to multiple calls of gunfire at the residence in the 1000 block of Wyatt Road in Green Level, about 30 miles northwest of Greensboro, according to the sheriff's office. Officers found Harris, who was pronounced dead at the scene, and Lara, who was taken to a hospital, where he later died from his injuries, authorities said.

Barney Dale Harris, the charter schoolteacher turned drug stash raider, and his brother-in-law, Steven Alexander Stewart Jr., had the right suspicions about Alonso Beltran Lara’s residence being a drug house. Little did they know that taking out Beltran would be met with a violent response from some bad hombres.

Hispanic criminal organizations are no joke. These are serious criminal outfits that have given the Mexican government all sorts of fits [Violent criminal groups are eroding Mexico’s authority and claiming more territory, by Mary Beth Sheridan, the Washington Post, October 29, 2020]. Now that they’ve settled down in the US, they’re going to need some target practice. Focusing their sights on fragile black communities will allow them to get some light warmup sessions in.

There’s reason to believe that Hispanic and other ascendant non-white groups, by virtue of their superior economic performance and stabler family structures, will effortlessly push blacks to the side. David Cole at Takimag has documented this trend extensively in Los Angeles, a city with a once prominent black community now becoming increasingly irrelevant thanks to mass migration [L.A. Is Not So Black and White, October 6, 2020]. Cities like Miami have also witnessed similar trends of migrants outmuscling blacks.

The sad part about all of this is that there was once a time when America’s black community had a semblance of stability. Prior to the consolidation of the welfare state, blacks had relatively cohesive family structures, built their own small businesses, and had mediating institutions like churches and mutual aid societies to keep their most degenerate kinfolk in check.  However, that all changed after the Civil Rights Revolution, when the ruling class used the state to gradually dispossess white America via anti-discrimination laws, affirmative action, and a whole litany of racial carve outs for blacks. Since then, blacks have functioned as a welfare-dependent lumpenproletariat class that the ruling class uses as a sledgehammer against legacy Americans.

All the chest-pounding blacks currently do about white supremacy will cease once they’re overrun by foreigners who have zero qualms about laying the smackdown on them. When the inevitable day of reckoning comes for blacks, they will beg for white tutelage.