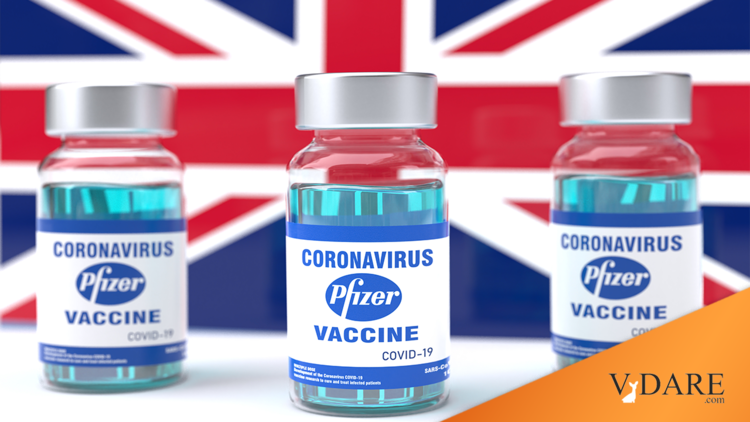 The British are already giving the Pfizer vaccine to oldsters, starting yesterday morning. From the Daily Mail, here is the UK’s vaccination priority plan: 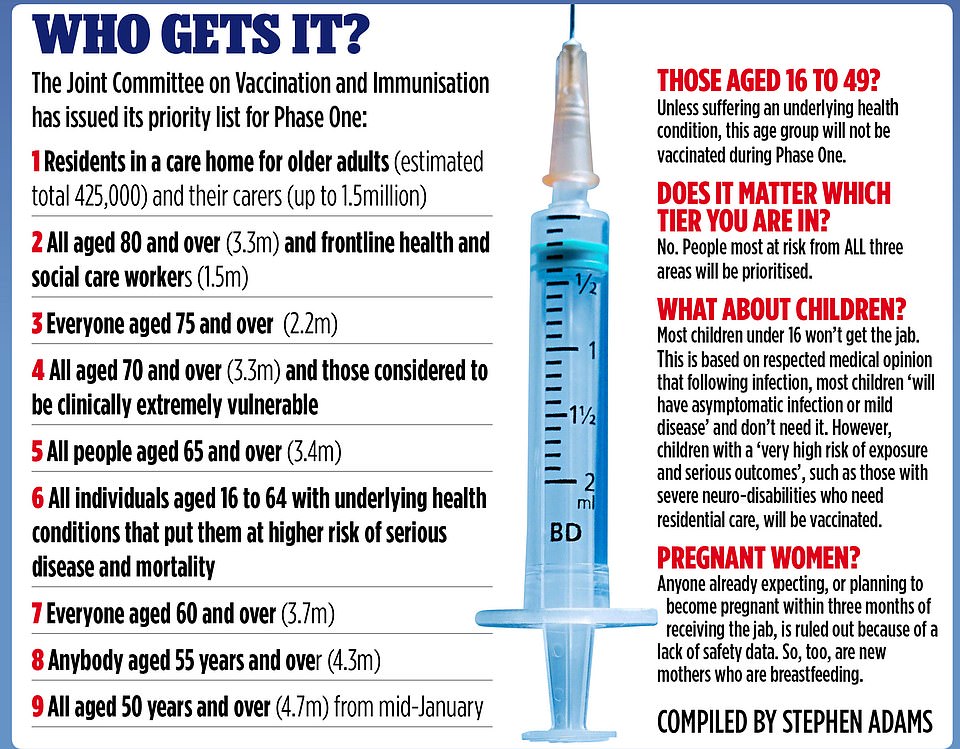 This seems more fine-tuned than the lumpier US plan, which puts a high priority on a huge category called “essential workers,” in part to prioritize blacks and Latinos. You can multiply the UK figures by five to get roughly the numbers in each category for the US. Assuming the same population structure in the US as in the UK, here are approximate totals of each UK category for the US:

So that’s about 300 million doses at two doses per person. Operation Warp Speed has contracted for 100 million doses of Pfizer’s vaccine and 100 million doses of Moderna’s, but where will the rest come from? AstraZeneca doesn’t seem to have their dosage protocol optimized yet. Novavax and Johnson and Johnson haven’t reported clinical trial results yet. The Russian vaccine looked good in its very small clinical trial so far, but the US would probably not be a high priority customer for the Russians. (One suggestion is for the Russians and AstraZeneca to work together.)

Note that there is some overlap among the 9 categories, e.g., there are frontline healthcare workers who are over 50 and have underlying health conditions, so they get tallied up in 3 different slots. But the size of Category 6 is unspecified.

It would seem like there are several different possible goals when drawing up a priority plan:

F. Show you care more for sacralized groups than for demonized group

The British plan appears to be focused on minimizing deaths. While that might not be optimal from some perspectives, it might psychologically be best by rapidly reducing the topline death count.