Earlier: NYT: Everything Is A Trend, Except Rapid Onset Gender Dysphoria In Adolescent Girls

Today, men who announce that, sure, they’ve fathered a whole passel of kids while pursuing a career in the Navy SEALs or in computer chip design or in libertarian economics or in making a fortune from shooting rockets into outer space or whatever, but they always knew they were a girl on the inside, are instantly promoted to the top of the intersectional totem pole as the Best Victim Ever. If our culture ever discovered one of these high IQ autistic late onset M to F ex-men who was black, he’d be crowned the Queen of America by next week. After all, who could be more oppressed than someone who dares stand up to the gender binary? Anybody who does is, by definition, a saintly martyr. Clearly, the only reason she played quarterback for Harvard or whatever is to cover up her true nature. 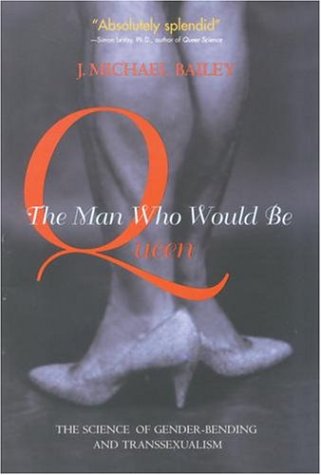 As I’ve been pointing out for a very long time, though, the irony is that most famous ex-men aren’t nice people. They tend to be hostile, obsessive, arrogant, and selfish. Also, they aren’t telling the truth about always feeling like a like a girl. Instead, they tend to have a sex fetish called autogynephilia.

Only recently did I find an extremely vivid example of this tendency: Dr. Ted Kaczynski, the math prodigy and mad bomber.

Convicted Unabomber Theodore J. Kaczynski considered having a sex change operation when he was in his twenties and his confusion over his gender identity filled him with a rage that contributed to his bombing spree, according to documents released today.

The new details about the mental health of Kaczynski, who pleaded guilty in January to a string of terrorist bombings that killed three people and injured 23 others, were part of 47-page forensic evaluation ordered by U.S. District Judge Garland Burrell Jr. during Kaczynski’s January trial. …

In the psychiatric evaluation, Johnson reveals that Kaczynski had persistent and intense sexual fantasies about being a woman.

To be precise, he wasn’t confused about his gender, he was aroused by the fantasy of himself as a woman.

Here’s the quote from the court-ordered psychiatric report:

In the summer after his fourth year, he describes experiencing a period of several weeks where he was sexually excited nearly all the time and was fantasizing himself as a woman and being unable to obtain any sexual relief. He decided to make an effort to have a sex change operation. When he returned to the University of Michigan he made an appointment to see a psychiatrist to be examined to determine if the sex change would be good for him. He claimed that by putting on an act he could con the psychiatrist into thinking him suitable for a feminine role even though his motive was exclusively erotic. As he was sitting in the waiting room, he turned completely against the idea of the operation and thus, when he saw the doctor, instead claimed he was depressed about the possibility of being drafted. He describes the following, “As I walked away from the building afterwards, I felt disgusted about what my uncontrolled sexual cravings had almost led me to do and I felt humiliated, and I violently hated the psychiatrist. Just then there came a major turning point in my life. Like a Phoenix, I burst from the ashes of my despair to a glorious new hope. I thought I wanted to kill that psychiatrist because the future looked utterly empty to me. I felt I wouldn’t care if I died. And so I said to myself why not really kill the psychiatrist and anyone else whom I hate. What is important is not the words that ran through my mind but the way I felt about them. What was entirely new was the fact that I really felt I could kill someone. My very hopelessness had liberated me because I no longer cared about death. I no longer cared about consequences and I said to myself that I really could break out of my rut in life and do things that were daring, irresponsible or criminal.” He describes his first thought was to kill someone he hated and then kill himself, but decided he could not relinquish his rights so easily. At that point he decided “I will kill but I will make at least some effort to avoid detection so that I can kill again.”

So maybe it’s good for society on the whole when these kind of individuals have themselves castrated?

It’s too bad about all the adolescent girls who get sucked in by their lies, though …