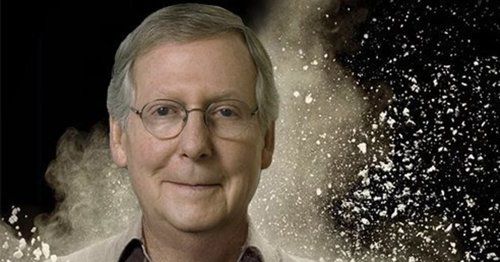 After disappointing (well, let's be honest, devastating) his supporters in recent weeks, President Donald Trump seems to be roaring back at the tail end of the lame duck Congress. Perhaps he was stung by Ann Coulter's brutal critique (he unfollowed her on Twitter), perhaps this is just the latest example of Donald Trump responding to feedback from his base after a bad decision. But the president seems to be pushing hard for five billion in border wall funding.

More importantly, the House of Representatives has already passed a funding bill with the money.

The House passed a stopgap government funding measure Thursday night in a 217-185 vote that includes $5.7 billion for President Trump’s wall on the Mexican border and additional security — raising the odds that a shutdown will begin Friday at midnight.

Passage of the measure over united Democratic opposition passes the hot potato to the Senate, which is set to consider the bill Friday. The bill is not expected to pass the Senate, where Democrats have rejected money for Trump’s wall.

Eight Republicans voted against the bill, which was approved by the House a day after the Senate approved a similar measure that also funds the government through Feb. 8 but does not include the money for Trump's wall. That bill was approved by voice vote.

“The bill that’s on the floor of the House, everyone knows, will not pass the Senate,” Senate Minority Leader Charles Schumer (D-N.Y.) said moments before the House approved the measure.

[House passes stopgap bill with $5B in funding for Trump's wall, by JulieGrace Brufke, The Hill, December 20, 2018]

Yet why not? The Republicans, after all, hold the majority in the Senate. Mitch McConnell also showed his willingness to play hardball during the successful battle to put Brett Kavanaugh on the Supreme Court. He's even co-opted the "Cocaine Mitch" label pinned on him by a failed West Virginia Senate candidate to showcase his supposedly badass credentials.

Certainly, the Senate Majority Leader should be able to deliver on a simple funding measure like this, especially to avoid a government shutdown.

Senate Majority Leader Mitch McConnell warned senators they may need to returnl to Washington for a noontime vote Friday.

Many senators already left town for the holidays after the Senate approved a bipartisan bill late Wednesday to keep the government temporarily funded, with border security money at current levels, $1.3 billion, and no money for the wall. The House had been expected to vote on it Thursday.

The most likely possibility Friday is that the Senate strips the border wall out of the bill but keeps the disaster funds and sends it back to the House. House lawmakers said they were being told to stay in town for more possible votes.

With Pelosi’s backing, the Senate-passed bill likely has enough support for House approval with votes mostly from Democratic lawmakers, who are still the minority, and some Republicans.

Others were not so sure. “I don’t see how we avoid a shutdown,” said retiring Rep. Dennis Ross, R-Fla.

Rep. Mark Meadows, R-N.C., the chairman of the conservative Freedom Caucus, said he was not convinced after a White House meeting with GOP leaders that President Trump would sign the Senate bill.

“I looked him in the eyes today, and he was serious about not folding without a fight,” Meadows said.

Of course, Senate Democrats, accurately, can respond that President Trump said Mexico would pay for the wall. The obvious retort is to introduce a remittance tax. Yet bafflingly, infuriatingly, the two words remain unmentioned. Instead, we have the touching yet somehow pathetic spectacle of American citizens, led by a veteran, offering to pay themselves for the border defenses that should be the primary responsibility of the federal government.

Though the midterms were a catastrophe for the Republican Party, the GOP actually gained seats in the Senate, thanks in part to the president campaigning hard for victorious candidates. It is time for the Senate Leader to deliver. If he can't get a measly five billion, far less than what American taxpayers are shelling out for contemptous foreigners, one has to ask what is the point of even having a Senate majority.