WASHINGTON — The White House on Friday presented Congress with an expansive list of hard-line immigration measures, including an $18 billion request to build a wall at the Mexican border, that President Trump is demanding in exchange for protecting young undocumented immigrants.

The request, which totals $33 billion over a period of 10 years for border security measures including the wall, could jeopardize bipartisan talks aimed at getting an immigration deal. Among the items on Mr. Trump’s immigration wish-list: money to hire 10,000 additional immigration officers, tougher laws for those seeking asylum, and denial of federal grants to so-called “sanctuary cities.”

The list, delivered to Senator Richard J. Durbin, the Illinois Democrat who has been leading the talks related to young immigrants without documentation, is identical to one Democrats declared a non-starter when the White House issued it in October.

“President Trump has said he may need a good government shutdown to get his wall,” a furious Mr. Durbin said in an emailed statement Friday afternoon. “With this demand, he seems to be heading in that direction.’’

The senator went on: “It’s outrageous that the White House would undercut months of bipartisan efforts by again trying to put its entire wish-list of hard-line anti-immigrant bills — plus an additional $18 billion in wall funding — on the backs of these young people.” 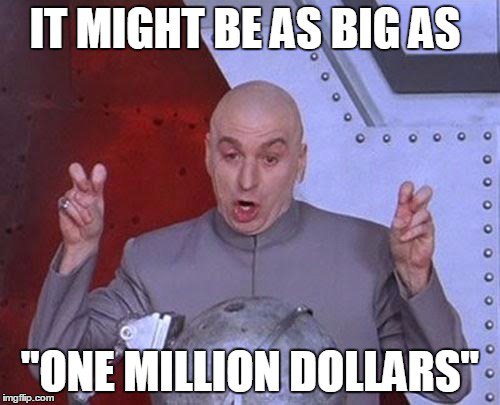 I suspect you’ll a lot of anguished cries from the Establishment about how the U.S. can’t possibly afford to expend $3.3 billion per year for improved border security.