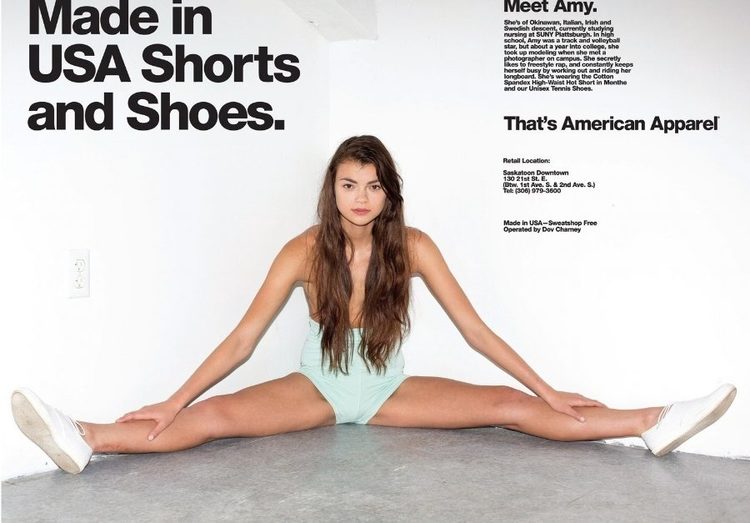 But they didn't say "made in downtown L. A. by Americans," and computer checks by the Immigration authorities disclosed that 1800 of their employees "may not be legal."See American Apparel's press release here.

Their lawyer is immigration enthusiast Peter Schey, (Email him) and I find the fact that he's defending them suspicious in itself. Schey states that

"Given the large number of people who are believed to reside in the United States without proper documentation, estimated by some to be as high as 12 million, a review of I-9 documents of any manufacturing or service business in areas with large immigrant communities would likely disclose a significant number of workers who used invalid documents to gain employment, regardless of an employer's compliance with I-9 laws and rules."

However, when you consider that both factory owner Dov Charney and his lawyer are strong supporters of amnesty, it's difficult to believe that they were really trying not to hire illegals.