From Weaponsman, a blog about firearms, self-defense, and military Special Ops:

Cop Barely Survives 15-Year-Old Career Criminal in SUVAn Orange County, FL Deputy got mowed down by a 15-year-old sociopath. She’s going to live, no thanks to him. He’s going to juvenile courts, where fuzzy-thinking social healers will continue to make excuses for him until he graduates to the adult courts, where the same thing will happen till he succeeds in murdering someone. He has a liver and kidneys that could be used in actual human beings!

The "teen" who's being sought is Jancarlos Ortiz, 15. 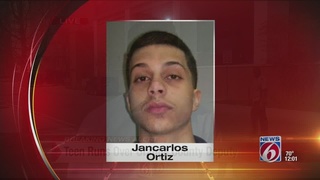 In a feature written at the time of the Trayvon Martin panic, which affected some credulous conservatives, I wrote that

When police are reported to have killed an “unarmed black teenager,” it’s frequently the case that he was trying to run them over with his car, as in the Devin Brown case in Los Angeles, or the Sean Bell case in Queens.

If Deputy Marcy Pearce had shot Ortiz, who ClickOrlando.com reports  had previously been "arrested on charges of aggravated assault on a law enforcement official, fleeing, armed burglary, grand theft and trespassing" we would be hearing that an "unarmed"  15-year old Hispanic had been killed by a white cop. 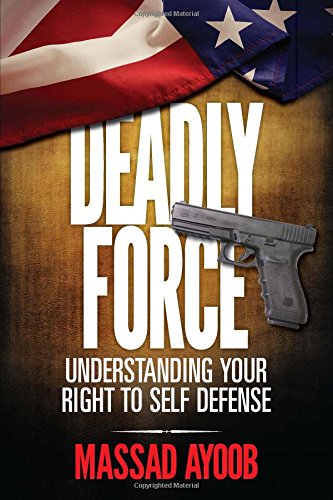 Police are sometimes told by their superiors not to shoot at people trying to run them over, but to just "get out of the way of vehicles that are trying to run them down". In his recent  book Deadly Force: Understanding Your Right to Self Defense, self-defense expert Massad Ayoob explains what's wrong with this theory: the criminal has a steering wheel, and if he's trying to run you over, he can turn the wheel faster than you can leap. Ayoob writes:

Why not simply duck to the side? This theory was actually the paradigm in the early 1970s when I first became a sworn police officer and law enforcement instructor in firearms and deadly force. The theory was that gunfire might kill the driver but could not stop the oncoming vehicle, so the officer should duck to the side. The theory also held that a wounded driver might go a mile away and then pass out from his wound, sending the vehicle out of control and endangering the public.

Over the years and the decades, this theory changed on both counts, based on collective experience. Vehicles are surprisingly nimble, particularly motorcycles. It is not easy to maneuver out of the path of the oncoming vehicle when its driver has the power to “track” you with a touch of the steering wheel or handlebars, but neutralizing him with gunfire prevents him from doing that. Indeed, even if the bullet only wounds the driver or misses him entirely, his instinct is often to veer away from you, the source of the pain. Moreover, in most cases when the driver is neutralized, his vehicle comes to a halt in a relatively short distance.

If she had shot him, we would be hearing a lot about the "leap to the side" theory. We would also be seeing "Hispanic Teen" and "White Officer" in the headlines. Do you see anything like that in the headlines above? No, since it's a Hispanic teen—immigration status unknown—trying to run over a white woman, the MSM is worried about being "inflammatory."