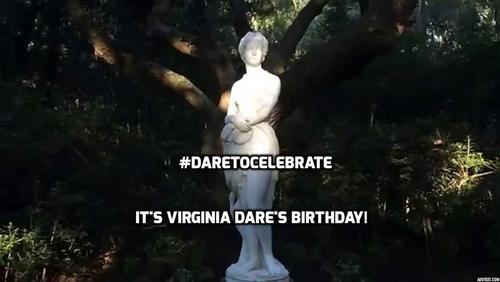 It's the 431st Anniversary of Virginia Dare's birth. You can still donate to our $40, 000 Fundraising Challenge. 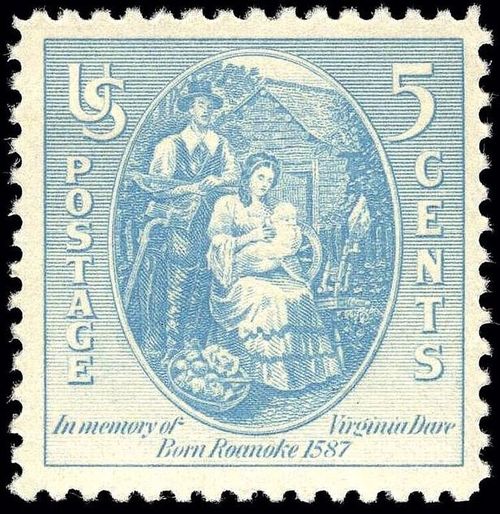 Perhaps you have to have a daughter yourself to appreciate what White must have felt three years later, when he finally returned from a supply trip to England, much delayed by the  Spanish Armada. The smoke he took at first to be proof of occupation turned out to be brushfires. The settlement stood abandoned. Over a hundred settlers, his daughter and granddaughter among them, had vanished. He would never see them again. (For more information about the Lost Colony, click here…)

Today, Virginia Dare seems to be vanishing from American education too. But she was a fixture for earlier generations. Even Franklin D. Roosevelt felt free to give a speech commemorating the 350th anniversary of her birth. At one point, I planned to pay homage by bestowing her name on the heroine of a projected fictional concluding chapter in Alien Nation, about the flight of the last white family in Los Angeles. It seemed . . . symmetrical.

We've been here for almost 20 years now, and have written about Virginia Dare regularly. See below: