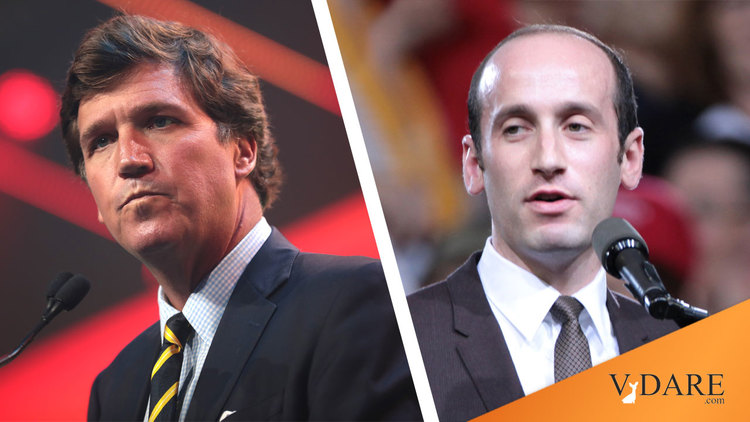 The recent collapse of Afghanistan and the crazed push from the Biden Administration for 100,000 Afghan refugees has brought VDARE.com's ideas into the mainstream.

"This country is getting so volatile and divided maybe we have a moratorium on any new people coming in until we can sort out our own problems?" pic.twitter.com/ZW0Y59OzUc

Ann Corcoran at Refugee Resettlement Watch blogged about Trump advisor Stephen Miller calling for Afghan refugees to be resettled in the local region, with other Muslims, primarily in Pakistan [Laura Ingraham Talks with Stephen Miller: Afghan ‘Refugees’ Should be Resettled in Middle East, August 18, 2021].

This is something John Derbyshire suggested recently: *100,000* Afghan Refugees Coming Here???!!! Why Not Settle Them Amid Co-Ethnics In The 'Stans?

I extracted Miller's speech from the YouTube closed captions, here it is:

The simple reality is that we no longer are in control of the central apparatus in Afghanistan to be able to vet anybody. The Taliban has all of the control of the government now so the notion that people could just show up at a checkpoint and demand resettlement into the United States and we could have any idea about their background, their belief system, where they come from, now that the U.S backed government has fallen—it's just an impossibility. But there's a more important fundamental point that has to be made—those who are advocating mass Afghan resettlement in this country are doing so for political, not humanitarian reasons.

Resettling in America is not about solving a humanitarian crisis, it's about accomplishing an ideological objective to change America and if we really want to help people in the region we'll be working with our partners to find a safe place for people to go…but that's not America.