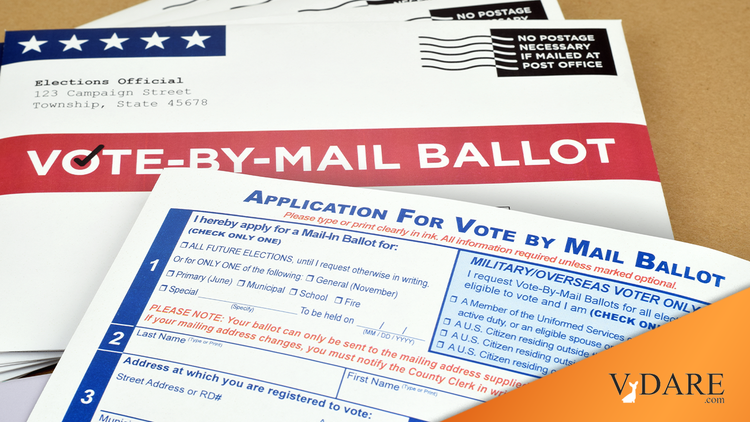 Vote Fraud Never Happens (Except Where It Does)

In answer to your question about why the cities were taking so long to come in?

This is a long tradition in machine-controlled cities. The inner city areas, especially in poor neighborhoods always come in last. I remember covering the 1989 NYC Mayor’s race when Dinkins barely beat Rudy. Giuliani was ahead the entire night, but you could see the massive shift when Harlem came in around midnight. Raymond Jones of Tammany Hall (the Willie Brown of his day) used to call that “gleaning the harvest.” Back when they were machine-controlled (like the 1960s), Mayor Daley would hold back the “River Wards” to see what the Republican total outside Chicago and how many he needed to overcome it.

The Teddy White story you tell is spot-on — with one detail missing: in Doris Kearns’ book about the Kennedys, she reports (as did Len O’Connor in his book on Chicago), that Daley deliberately withheld a few dozen precincts from “the River Wards” while reporting to the press that all of Chicago’s wards had reported. (Every ward had submitted some returns, but not 100% of precincts). When the Downstate Republicans in the wee small hours of the morning turned in their final numbers, Daley then entered the “River Ward” votes. (See Kearns, page 805). And the rest is history…..

BTW, the rough tactics we are seeing are no doubt in response to the hardball played by Bush (both brothers) and Rove in FLA 20 years. The polls closed in Tampa (with a substantially Black population) with voters still in line. They were legally entitled to vote and Jeb “shut it down” in the approving words of Paul Gigot in the Wall Street Journal.

So, once again, we see how costly Rove was to the Republican Party……

Another friend tells me that the Chicago tradition is not to steal votes retail (i.e., a person voting as himself then coming back and voting as his dead grandfather) but wholesale.

From the Chicago Tribune on March 8, 1987 reporting on the previous month's Democratic primary mayoral election in which Harold Washington defeated Jane Byrne in the midst of an estimated 100,000 fraudulent votes:https://t.co/niQzFVQQfx pic.twitter.com/BmpjPlnvwa

After voting closes, precinct workers call in the number of registered voters who didn’t show up, and get the word back about how many more votes are needed.

If the big guys can stall on reporting long enough until the other side has laid their cards on the table, many times you don’t need to invent any votes because you’ve won honestly.

They don’t do it every election, just in close ones where a smidgen of additional votes are needed. Sometimes they get carried away and try to close too big of a gap to pass the laugh test, as in the 1982 Illinois gubernatorial election when Adlai Stevenson III was about 10 points behind in the polls. They almost pulled that one off until an overlooked load of Republican leaning ballots was discovered in DuPage County a few days after counting began.

But when they get over ambitious, like in 1982, guys can get convictions on their records. They might have gotten away with 1982, but Stevenson was a naive aristocrat who demanded a recount, which just exposed a lot of dirty laundry.

Adept vote concoction is a traditional folk art practiced mostly in big cities with a Catholic political heritage from roughly Boston in the east to maybe Kansas City in the west. You’ll notice that in Arizona, the late vote count has mostly been favoring Trump.