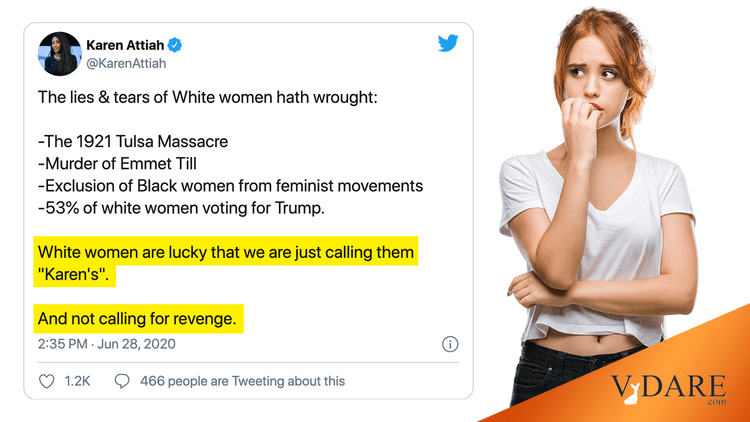 WaPo Editrix Karen Attiah: White Women Are Lucky That We Are Just Calling Them "Karen's" [sic] and Not Calling for Revenge Karen Attiah is the Global Opinions editor at The Washington Post, where she commissions and edits commentary on global issues from a variety of international writers.

Although her spelling of the plural of “Karen” as “Karen’s” might raise some eyebrows for an editor at a national newspaper. Also, misspelling the name of St. Emmett Till …

Earlier from Ms. Attiah, an explanation of why she hates white women (for stealing all the white men): 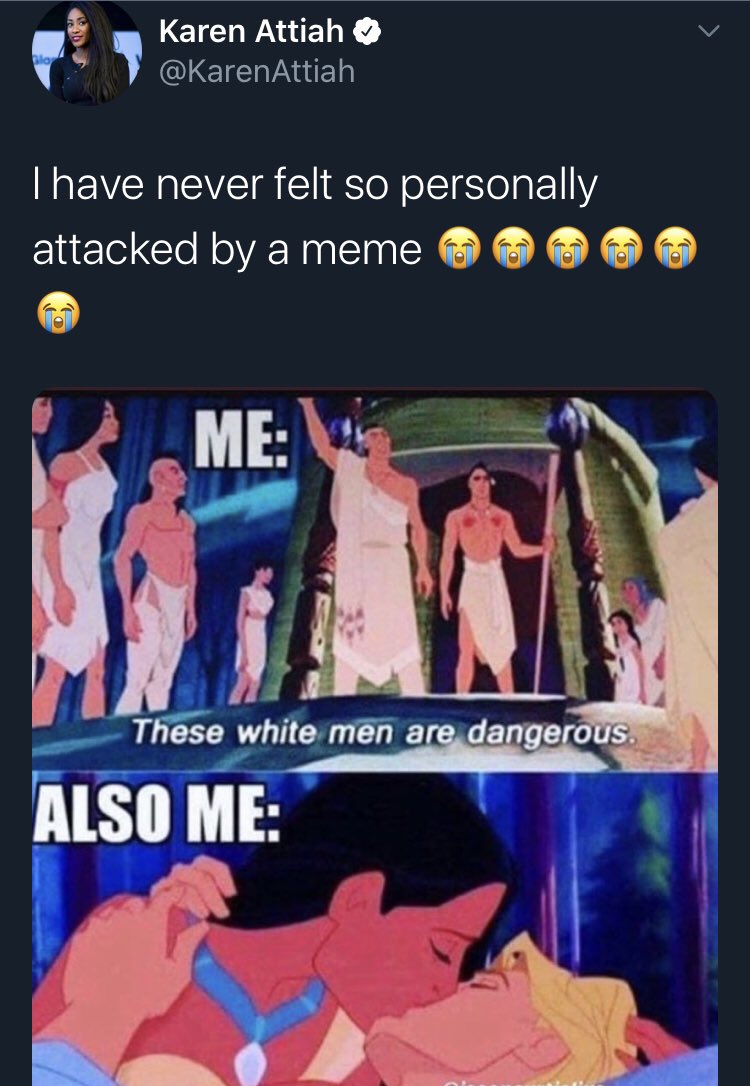 So. I got hit on today by Donald Trump.

And on and on: 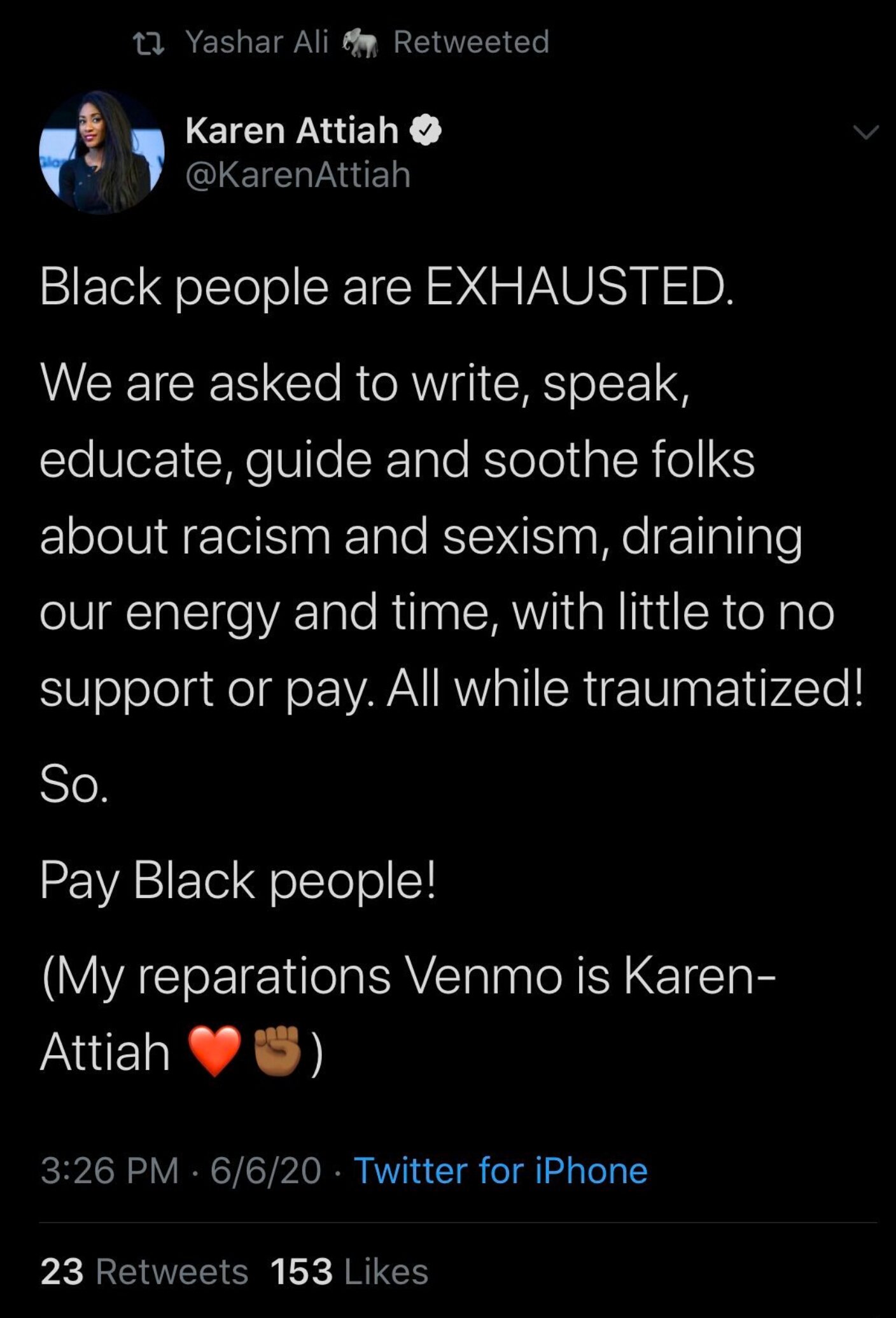 What people need to see in this newly formed @maureendowd /@SpeakerPelosi / @realDonaldTrump axis of shevil is that white supremacy relies on dismissing, silencing, and undermining women of color.

Putting them in their place by any means necessary.

WaPo: “Starbucks and the Elimination of Black People from White Spaces”

Regarding the heinous attack on @JussieSmollett, yet another reminder that Trump’s ascendance and the resulting climate of hate has meant that lives have been increasingly at stake since 2015.

Smollett could have been killed by those thugs screaming MAGA. Let that sink in.