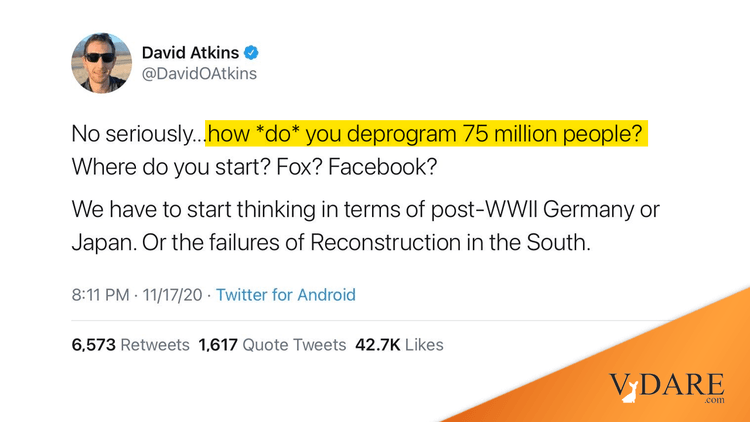 WASHINGTON MONTHLY Writer Reveals Their Plans For Us.

Four years earlier: John Derbyshire: “Like Nazis After 1945”—Never Forget The Bullet We Dodged When Hillary Was Defeated

Remember, you are not paranoid. They really are out to get you. 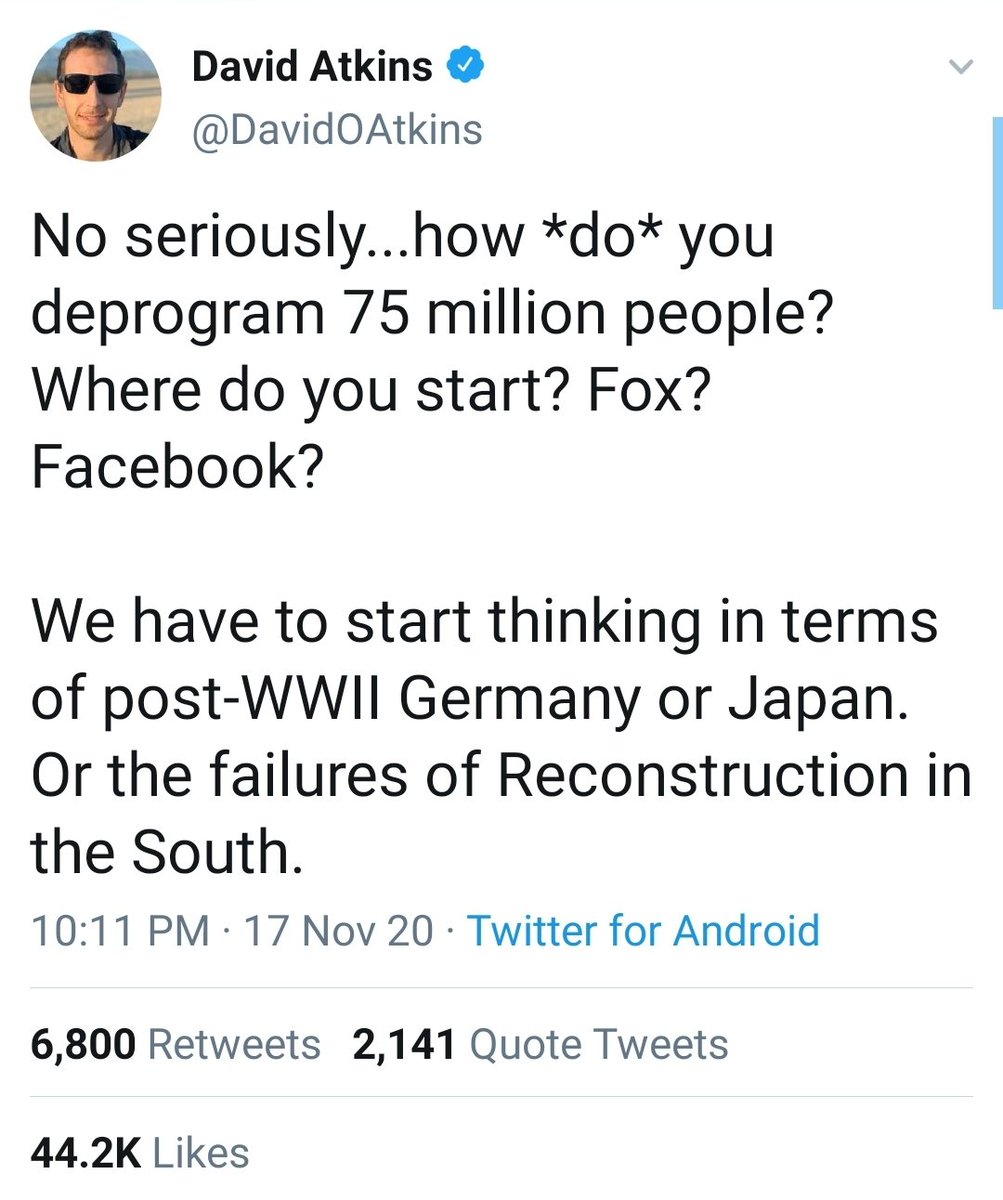 That they openly say this says that they believe they’ve won, that they will face no consequences, that our time has gone and theirs has arrived. 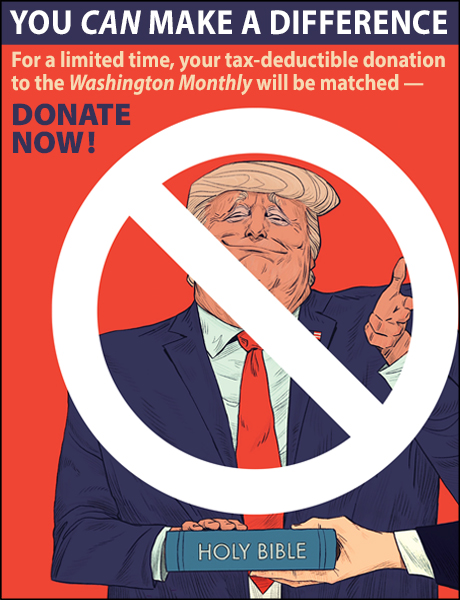 This was written by David Atkins of the Washington Monthly. It is by no means a fringe outfit; far from it, in fact, as it is funded by such organizations as the Bill and Melinda Gates Foundation, and its editor, Paul Glastris, served as President Clinton’s chief speechwriter for over two years.

President Trump had better start those rallies soon. I remain optimistic that he will emerge victorious from this coup, but if he doesn’t, we will soon learn what it’s like to live in a truly occupied government.

See also, last month: John Derbyshire: “Hate Has No Home Here” = “Prosecuted And Convicted And Removed From Our Society,” Thanks For Telling Us, Keith Olbermann!